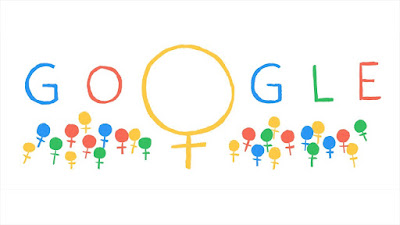 Campaign reported Google is being slapped with accusations of gender discrimination in a U.S. lawsuit—ultimately proving the power of diverted diversity. After all, the tech company admits that women account for only 31% of the workforce; however, Latinos represent 4% and Blacks represent 2%. So where’s the lawsuit for people of color? Sorry, racial and ethnic minorities, but you’ll have to get in line behind all the angry White women.

Google accused of sex discrimination in US lawsuit

Google is being sued by three female former employees, who are claiming that it discriminates against women, paying them less and favouring men for promotion.

The three women have filed a lawsuit that claims that the technology giant while aware of the situation has done nothing to remedy it.

The suit has been filed in a San Francisco court; it argues that Google discriminates against female staff with lower pay and limited opportunities for promotion compared with men.

One of the trio, Kelly Ellis, a former Google software engineer, tweeted that she hoped to “force not only Google, but other companies to change their practices”.

The plaintiffs are seeking class-action that would cover women who had worked at the company in the past four years, demanding unpaid wages.

Google spokeswoman Gina Scigliano said in a statement: “Job levels and promotions are determined through rigorous hiring and promotion committees, and must pass multiple levels of review, including checks to make sure there is no gender bias in these decisions.

The majority (70%) of Google staff are men, with 80% of tech staff male and 75% of leadership positions.

The news follows a row that broke out last month at Google over an engineer’s memo criticizing its diversity initiatives, arguing that “psychological differences” explain why women are underrepresented in tech.

Google is also under investigation by the US Department of Labor over its pay practices.