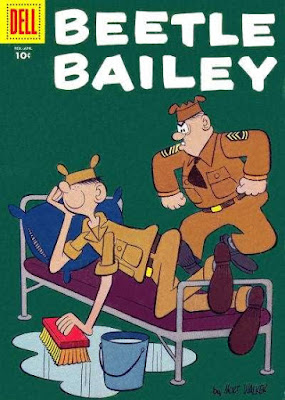 AgencySpy posted on how the U.S. Army tagged a 12-month extension to its existing agreement with McCann—despite eliminating the White advertising agency from a creative review for future work. Are Beetle Bailey and Sad Sack leading this mess? Then again, President Donald Trump is the Commander-In-Chief. 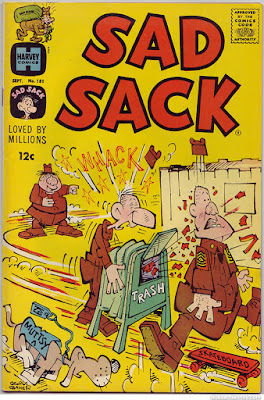 The U.S. Army can’t quite seem to make up its mind on McCann.

Today, the government entity officially extended the IPG network’s contract yet again, modifying its existing agreement to add another 12 months or $524,100,000 to its relationship.

This development is the latest in the long and dramatic story of the Army’s creative review, which officially began with an agency outreach effort in 2014 and could—according to a client spokesperson—be worth up to $4 billion over a decade. (Three years ago, a rep placed overall spending on the Army’s marketing efforts at around $200 million per year.)

Approximately one year after that initial news, the Army extended McCann’s contract by 18 months in what looked like a vote of confidence after a 10-year relationship.

The official RFP went out in January, and six months later the Army surprised everyone involved by officially disqualifying McCann due to a couple of technicalities that, according to our sources, involved document formatting and the agency’s status as a certified contractor despite its 11-plus year relationship with the Army.

McCann responded by filing an official complaint with the Government Accountability Office.

McCann World Group Inc., New York, New York, has been awarded a $524,100,000 modification (P00023) to contract W9124D-11-D-0036 to extend the performance period for services in support of the Army Marketing and Advertising Program. Work locations and funding will be determined with each order, with an estimated completion date of Sept. 28, 2018. U.S. Army Contracting Command, Fort Sam Houston, Texas, is the contracting activity.

Given the context, that’s good news for IPG, and some financial analysts noted the development this morning.

But it also hints at the opaque nature of the relationship between public entities and their advertising partners. The extension would certainly seem to support McCann’s work, and the disagreement that led to the agency’s elimination was handled by the Army’s contracting department rather than its marketing and PR division.

But McCann remains shut out of the review. According to parties who spoke to us about it earlier this summer, that leaves Omnicom and WPP as the final competitors.

However, if we’ve learned anything from Y&R, Navy, Campbell Ewald and decades of federal contracts before them, these sorts of challenges tend to take a very long time. Y&R, for example, didn’t start working on the Navy business until about a year after winning the review. And even if/when McCann’s official complaint is resolved or dismissed, the agency could still theoretically take its case to court in arguing that it was unfairly disqualified.

A McCann spokesperson declined to comment on the news. We reached out to both the Army’s marketing rep and the head of its contracting division this afternoon, and neither have responded.