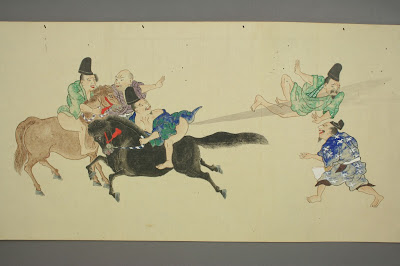 Advertising Age reported McCann won its official protest over being eliminated from a review to retain the U.S. Army account. The reversal was preceded by a 12-month extension of the current contract between the White advertising agency and its military client. At this rate, McCann could ultimately lose the business yet still realize gazillions in revenue.

McCann Worldgroup was won the protest it filed this summer against the Army’s Government Accountability Office alleging that its elimination from a review for the Army’s business was “arbitrary and capricious.”

According to a GAO Bid Protest Docket, GAO Attorney Scott H. Riback “sustained”—or upheld—McCann’s protest, which means the contracting office must consider the agency group’s proposal for the business. The Army has not yet settled on a winner.

It also means the agency won’t have to follow through on plans, according to one McCann executive, to take the matter to the Court of Federal Claims if the protest had failed.

In January, the U.S. Army released a request for proposals for its advertising and marketing business. An Army representative said at the time that the mandated review “estimates the contract ceiling to not exceed $4 billion” over a period up to a decade.

McCann Worldgroup complained this summer that it had been cut even though the contracting officer had failed “to read McCann-Erickson’s entire proposal.”

Amid the protest, the U.S. Army last month extended its current contract with McCann Worldgroup for another full year. According to a government document, McCann had been “awarded a $524,100,000 modification” to its contract, with a new “estimated completion date of Sept. 28, 2018.”

The agency network, which includes Weber Shandwick and UM, has held the business since 2005 and reaps an estimated $30 to $40 million in annual revenue from the account.

McCann referred calls to the client. Representatives from the Army were not immediately available to comment about the sustained bid protest.