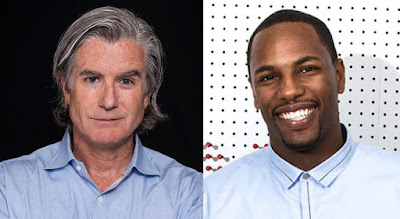 “Tom is well-known for his culture-shaping, innovative marketing campaigns,” Danielle Tiedt, YouTube CMO, said in a statement. “We can’t wait for Tom to bring his breakthrough ideas and rule-breaking spirit to YouTube.”

During Blessington’s time at W+K Portland, dating back to 1990, he worked on brands including KFC, Verizon, Levi’s, Facebook and American Express, among many others. Prior to joining W+K, Blessington worked for TBWA\Chiat\Day Los Angeles, managing the agency’s Nissan and Infiniti accounts.

In Blessington’s absence, the agency has promoted Dixon to managing director of the Portland office, effective immediately. Dixon will work alongside ECDs Eric Baldwin and Jason Bagley.

“I have inherited an incredible business and brand that I am truly humbled to now lead. I am excited to work with my partners to build on the breakthrough work that Wieden + Kennedy has been making with great client partners. As we move into the next chapter of our story, my hope and goal is that we continue to be a diverse and dynamic environment that set the standard for creative excellence in the industry,” Dixon said in a statement.

Dixon joined W+K London in 2006 and was previously working on expanding global client relationships for the agency into places including Brazil, Korea and India. Before that, Dixon was working as global account director for Nike, the agency’s biggest account.

Dixon’s promotion comes less than a year after the creation of the agency’s new Wieden + Kennedy Stakeholders unit. Last October, the agency announced it was restructuring its leadership team by adding 15 new partners (including Dixon) to its roster, rounding out the number to 24.

“Given the size and complexity of the agency, we need more decision-makers representing more offices, more disciplines and different voices,” global president David Luhr said at the time of the announcement. “Our leadership needs to be a bigger and better reflection of the agency we have become.”