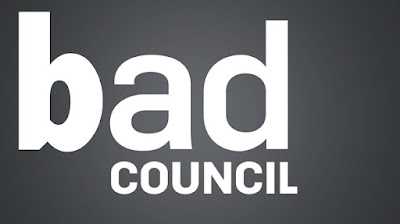 Adweek published a patronizing perspective from Ad Council President and CEO Lisa Sherman that is actually a divertsity discourse. Sherman blathered about the imperative for inclusiveness in campaigns, calling for fair representation of female sub-segments including body image, sexual orientation, generational, etc. “Consumers crave more inclusive ads,” declared Sherman. Of course, the Ad Council has a history of partnering with White advertising agencies, which ultimately perpetuates the very issue Sherman is pontificating against. It’s enough to make a Native American cry.

Consumers want to see themselves reflected in ads

For decades, almost everyone who appeared in ads conformed to these traits. Marketers believed that ads showcasing “beautiful” people—by traditional standards, anyway—would compel consumers to buy their products.

But consumers today don’t want to buy from picture-perfect, homogeneous models. They want ads that reflect the real world, featuring people who look like them and reflect their lived experience.

Some brands are adjusting their marketing strategies accordingly, but they need to consider all angles. It’s not enough to add a few token minorities or plus-sized models. Customers won’t be compelled by half-hearted approaches to diversity. The most effective ad campaigns feature a genuine commitment to diversity and equality.

For too long, marketers have ignored wide swaths of society. More than half of Americans don’t feel their lifestyle is represented in ads, according to a May 2017 survey. A separate analysis of spring 2019 fashions ads revealed that only 11% of campaign castings went to plus-size women. Less than half of a percent of models were openly transgender or non-binary.

Consumers crave more inclusive ads. Consider a study from Cambridge University in which audiences found marketing content more compelling when they shared traits like skin color, size and age with the models. As one of the lead researchers said, “It’s not necessarily enough to show one component, which is similar. People really wanted to see someone who represents them in all three factors.”

Eight in 10 parents like to see diverse families in marketing content, according to a recent study of more than 2,000 people. More than four in 10 millennial parents are likelier to buy something from brands that embrace diversity. And about half of moms pay closer attention to ads that feature a real mother instead of actresses or models.

Take Project #ShowUS by Dove. To improve diversity in ads and media, the company is working with Girlgaze and Getty Images to build a library of stock photography with more realistic images of women. Thus far, the campaign has compiled more than 5,000 images with all types of women. And one of the campaign’s main videos, for example, features a variety of people: a black woman with natural hair, an Asian woman with imperfect skin, a white woman in a wheelchair, an older white woman and a non-binary model. This is a depiction not of the advertising fantasy world of old, but the diverse reality we actually live in.

Or consider take “A Coke Is a Coke,” Coca-Cola’s 2019 Superbowl ad. In the ad, animated figures of all different professions, races, sizes and walks of life drink Coca-Cola. Toward the end, it notes that “Different is beautiful.” The message is clear: Everyone is unique but can still come together to enjoy a refreshing beverage.

“First Shave” by Gillette also illustrates a commitment to diverse narratives. The ad depicts a father showing his son how to shave, a typical rite of passage. However, there is a break from the norm: the son is transgender. By incorporating this unique perspective within a timeless tradition, Gillette successfully celebrates diversity.

Consumers are increasingly demanding that the brands they interact with demonstrate an authentic commitment to diversity. Companies must meet that demand by featuring the full spectrum of races, ages, genders, sizes and other core identities in their marketing or risk being left behind.

They sent their tiniest, saddest, most stock photo and video crap work to the multicultural ad agencies, with budgets that were barely enough to create a PSA in a single city. Then those underfunded ad agencies leaned on POC talent to bring it to life FOR FREE. Or worse, to put in their own money "because it might win an award." Newsflash, it never did. Only the white A-list work mentioned above was worth the time or energy or had the support.

The result was you had a white army winning awards, and POC stragglers losing money out of their own pockets trying to prop up underfunded, undersupported work that was destined from the start to fail or go nowhere.

F* you, Ad Council. You did this. Close your lying, hypocritical mouths about the Importance of Diversity until you offer a decade's worth of high end, big budget work to someone other than a slew of your white friends.