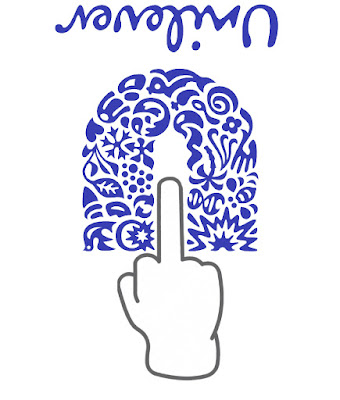 A MultiCultClassics visitor pointed out that the recent Unilever DNA stunt was previously executed by Aeroméxico for a promotional initiative. The general premise is that people will be more sensitive to culture and diversity upon learning their true ancestry. It’s important to note, however, the key differences between the Aeroméxico and Unilever experiments.

For Aeroméxico, Advertising Age reported people were given travel discounts based on how “Mexican” they turned out to be. The airline and its advertising agency gave customers DNA tests to reveal the customers’ Mexican heritage. The customers then received flight discounts corresponding with the results. For example, if a customer turned out to be 18% Mexican, they were presented an 18% discount. The more Mexican DNA a person had, the greater the discount offered.

For Unilever, advertising and marketing executives across its own workforce and the staffs of its advertising agencies took DNA tests. The goal was to make the executives more aware of their racial and ethnic identities—which Unilever hopes will lead to fewer stereotypes depicted in advertising campaigns. Unilever ultimately declared the experiment led to a 35% reduction in unconscious stereotyping and a 27% increase in original thinking. Of course, the advertiser cannot provide figures regarding how any of this will affect produced work.

Comparing Aeroméxico and Unilever is apples and assholes oranges. Specifically, Aeroméxico provided financial rewards—i.e., clear incentives—to participants. Unilever, in contrast, awarded nothing to its participants and has no idea if the testing will incentivize more diverse and inclusive campaigns. Hell, it’s unlikely the collected data will lead to more diverse and inclusive workplaces at Unilever and its advertising agencies—which actually could help eliminate stereotypical depictions.

In the end, Unilever devised a diversity sensitivity training program and spun it into a PR-generating event. The advertiser shat out another divertisement to fabricate the illusion of cultural competence and progressiveness. If DNA tests could measure deception and lies, Unilever would be revealed as a world-class offensively ignorant conglomerate. The Aeroméxico customer below perfectly summarizes everything. 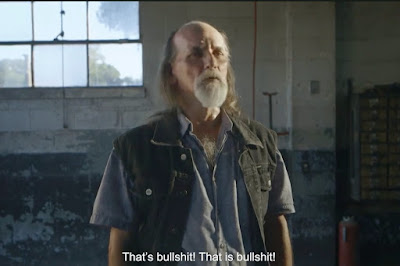 Aeroméxico stuns Americans who don’t like Mexico with DNA results

Apparently there are people who refuse to travel to Mexico. Maybe they hate warm weather and good food?

Or maybe all the rhetoric about “bad hombres” has gotten to them. It’s ironic, because many of the people who’ve written off our southern neighbor live in U.S. states that used to be part of Mexico. And because genes don’t recognize political boundaries, people in those states are more likely to have Mexican heritage, whatever their political beliefs.

Aeroméxico, the national airline of Mexico, decided to prove that fact and drum up a little business at the same time. Traveling throughout the Southwest U.S., the airline and agency Ogilvy Mexico found people who insisted they’d never want to go to Mexico. Then they gave them DNA tests to reveal any Mexican ancestry and offered flights with discounts based on the results. The more Mexican DNA, the higher the discount.

In Wharton, Texas, Bill admits he likes tequila and burritos, but he doesn’t like Mexico. Still, he seems pleased to find that he’s 18 percent Mexican, which entitles him to an 18 percent discount. He’s also 3.6 percent more Mexican than his wife, a fact he can’t help but crow about.

Not everyone is happy about their results, at least not initially. “That’s bullshit!” exclaims one Texan, after finding out he’s 22 percent Mexican. But he’s quickly mollified by his whopping 22 percent discount. Poor Betsy only gets 3 percent off.

After Texas, the project continued through Colorado, Utah and Nevada. All told, 54 percent of the people tested showed some Mexican heritage. Remember, these were all people who said they’d never want to visit.

It’s not the first time Aeroméxico has tweaked anti-immigrant policies. In 2016, during the heat of the presidential campaign, the airline lampooned the very idea of borders. “On land, borders can maintain distances, but in the sky, we show you it’s different.”