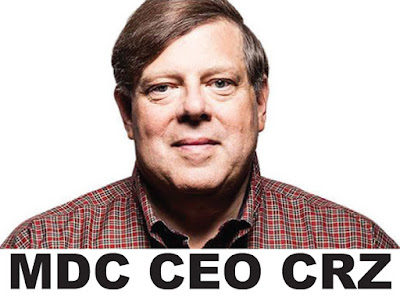 MediaPost reported MDC Partners saw its stock value rise while revenue dropped. Of course, the CEO and CFO spun the news in a positive—and positively deceptive—style. CEO Mark Penn declared, “We began aggressively executing against a comprehensive two-year plan that will create a more nimble organization and return this business to consistent revenue growth. The plan is built around agency cooperation and network collaboration, with digital-first thinking and media and creative integration across agencies.” Well, sure, MDC will be more nimble in two years because the White holding company will feature fewer and smaller White advertising agencies—although the shitty shops seeking to bail out won’t gain freedom and independence. And cross-functional collaboration will become a necessity because each decimated, disabled and dysfunctional firm will be incapable of offering full-service capabilities.

Investors are seemingly pleased with Chairman/CEO Mark Penn’s turnaround plans at MDC Partners after Wednesday’s morning call with financial analysts sent the stock up 4% during mid-day trading to $2.39.

The company is seemingly on a precipice, trying to manage challenges, while simultaneously taking advantage of opportunities. On the downside, revenue dropped 4.6% to $362.1 million during the second quarter, and organic revenue decreased 2.4%.

On the plus side, net new business rebounded from a decline of $11.7 million in the first quarter of the year to an increase of $43 million in the second quarter “as agencies took advantage of the continued strength of our pipeline,” Penn said.

“We began aggressively executing against a comprehensive two-year plan that will create a more nimble organization and return this business to consistent revenue growth,” Penn added. “The plan is built around agency cooperation and network collaboration, with digital-first thinking and media and creative integration across agencies.”

Penn noted the recent move to align MDC Media Partners with GALE is just one example of “many initiatives” the firm is pursuing to create a more cohesive network. “We believe this plan will create a more efficient organization that delivers consistent financial returns and allows partner agencies to thrive in a rapidly changing and increasingly competitive marketplace.”

As MDC rights the ship, the company seeks to manage costs, while attempting to take steps to optimize its business for growth.

Adjusted EBITDA was up 8% versus the prior year, while margins improved over 150 basis points year-over-year.

MDC is cautiously upbeat about its future, expecting a modest 0% to 2% growth in organic revenue for the remaining half of the year.