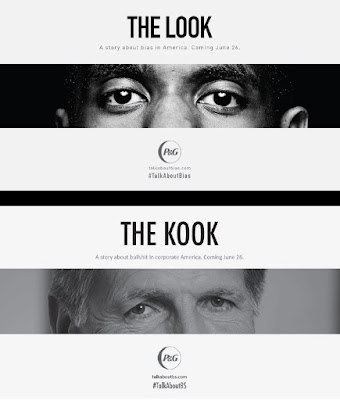 The disturbingly disappointing divertisement from Procter & Gamble—The Look—warrants a quick glance and glare.

The Look is a male companion to The Talk—as well as a colored cousin to We Believe and #LoveOverBias. That is, such work comprises a dysfunctional family of divertisements from a White corporation attempting to fabricate the illusion of being culturally competent and progressive.

According to Advertising Age, The Look was hatched after a Black creative director told a P&G associate director, “I think you got it wrong,” in regards to The Talk—that is, the creative director felt The Talk lacked a strong Black male presence. On the one hand, the female focus is not unusual, as The Talk was created to support the My Black Is Beautiful campaign. It’s also not unusual that The Talk contained cultural miscues, as it was produced by a White advertising agency—even though the White shop did hire a consultant of color to provide relevant insights.

Yet while P&G Chief Brand Officer Marc Pritchard admitted the invisible men aspect of The Talk was an oversight, he didn’t offer to return the Cannes Grand Prix trophy—or any of the other awards he’s collected for presenting the façade of cultural competence.

Equally annoying is the hoopla being generated for The Look, positioning the spot as cutting edge social commentary. Sorry, but the concept is a modern rerun of the classic Calvin campaign from Mickey D’s—hey, it appears that Calvin elevated from shift manager to courthouse judge.

Sadly, it doesn’t look as if multicultural marketing has advanced over the years. Ditto minorities in the advertising industry. Meanwhile, guys like Pritchard move ahead with accolades and applause, heralded as forward-looking, revolutionary mavericks—all of which deserves an eye roll. 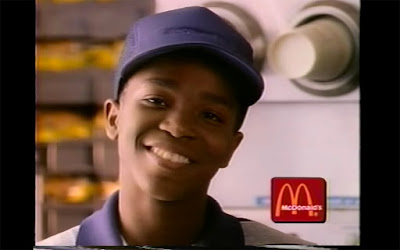