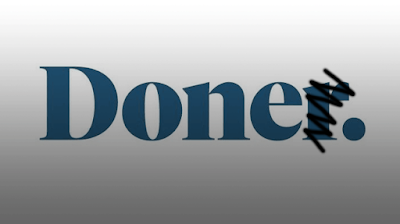 Adweek reported MDC Partners created a new agency network by combining a bunch of mediocre firms within the mediocre holding company—executing the popular corporate formula that thinks blending individual piles of shit should produce a massive pile of gold. Ironically, the poopy network will be led by a giant turd, Doner, the White advertising agency that failed in an attempt to buy itself back from MDC Partners. So, this scenario is the equivalent of a hooker being denied a request to leave her pimp—only to have the pimp put the hooker in charge of her own expanded whorehouse. Hookers and pimps, please don’t take offense to being compared to Doner and MDC Partners.

MDC Partners is combining seven of its agencies into a new network led by Detroit-based Doner, marking the latest shake-up under chairman and CEO Mark Penn’s leadership.

David DeMuth, CEO of Doner, will serve as chair of the network. Veritas CEO Krista Webster and Yamamoto CEO Kathy McCuskey will serve as vice chairs of Doner Partners Network.

According to DeMuth, each agency will retain its own identity and current leadership structure. He said bringing the various agencies under Doner’s umbrella will drive more collaboration between them, in turn helping the network tap into different capabilities depending on client needs.

“[Doner has] an over 80-year track record. We have a big client roster. But we don’t do everything, and our clients are looking for more and more specialized services,” he said. “We’ve already been collaborating with a number of these agencies, so this isn’t really a force-fit type thing.”

The move is the latest in a string of changes MDC Partners has made as of late in an attempt to make its various agencies and offerings more collaborative so they can each bring their individual strengths to client work and pitches.

Earlier this year, the holding company brought together media, data and technology capabilities under a new network that is still yet to be named. The network, which encompasses media agency Assembly, agency-consultancy hybrid Gale and a suite of other shops, is led my co-chairs Michael Bassik and Brad Simms. Bassik also serves as CEO of Assembly, while Simms is president and CEO of Gale.

The formation of Doner Partners Network marks the second major restructuring of MDC Partners under Penn, who took on the top job in March after his private equity firm Stagwell Group invested $100 million in the holding company. Penn said plans for another multi-agency network are in the works, and are part of his overall growth strategy for MDC Partners, which includes cost-cutting measures and forming networks like the aforementioned that provide a framework for its disparate agencies to work together as collective units.

“Collectiveness is a new thing at MDC, and it’s a critical element in a world in which clients need a diversity of services,” he said. “Chief marketing officers have changed what they purchase from just advertising and media to 10 or 15 services.”

DeMuth said Doner Partners Network has been in the works for about two months, and that the unit has already secured a new piece of business.

“We were able to pursue a very meaningful piece of business in the U.S. and win it,” DeMuth said, noting that the yet-to-be-disclosed win came as a result of a collaboration between Doner and Toronto-based 6Degrees.

DeMuth also said that Doner partnered with Code and Theory, a creative agency that’s part of Stagwell Group, to win Johnson & Johnson’s consumer health business in the U.S. earlier this year, a portfolio of brands that comprises Listerine, Tylenol and Zyrtec. The business had previously been with WPP’s Wunderman Thompson, and marked one of the first big wins under Penn.

Despite the momentum, it hasn’t exactly been smooth sailing at MDC Partners since Penn joined: Last month, the holding company reported a third quarter organic revenue drop of 7.5% and an overall revenue decline of 8.8% compared to the year prior. Penn, who earlier in his career advised President Bill Clinton and Hillary Clinton, has also found himself embroiled in controversy lately, as the Washington Post recently reported that he has been advising President Trump on impeachment matters. Three sources told the Post that Penn provided polling data and impeachment advice for the president during a recent meeting.