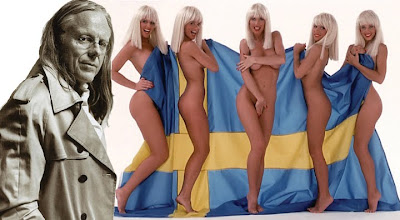 Jeff Goodby, co-chairman at the agency, unveiled the scholarship during a One Show panel focused on the lack of diversity in the advertising industry, subtly titled “Where are all the black people?”

High school and college students can apply until June 6 for the scholarship, which can be used to attend either the interactive art director or motion graphics program. The fee for the program, covered by GS&P, is E 12,900—or a little more than $18,000 at current exchange rates. Winners will be responsible for travel costs to Sweden, where the school is headquartered, and their own expenses while there.

Hyper Island’s CEO Johanna Frelin said the partnership with GS&P is the first in a series of fellowships the school is planning.

Hey, MultiCultClassics pretty much predicted this scenario. A minority scholarship—now there’s an original idea. Why do the greatest minds in our creative industry always come up with the same “solution” for diversity? OK, shipping Black students to Sweden is kinda unique (although asking them to cover travel and expenses is rather rude). And one has to wonder if they’d have a better chance landing an advertising job out there versus the U.S. of A. But in the end, Goodby’s goodwill effort is the tired-yet-tax-deductible concept of launching a minority youth outreach program.

This is the second time Goodby has appeared in an episode of C’MON WHITE MAN! The first honor came after he named former Adweek columnist Barbara Lippert as his firm’s “curator of popular culture”—a fairly blatant mercy hire with a touch of cronyism. Yep, White buddies receive cushy jobs at a premier ad agency, while Black kids win partial scholarships to the land of bikini-clad Blondes. 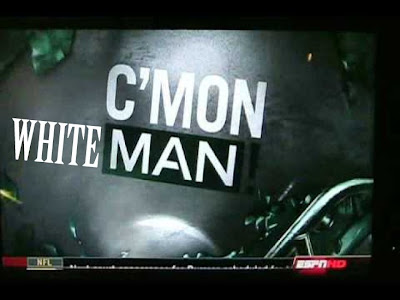 So you flew down to Creativeweek spoke like you gave a damn about diversity at goodby & silverstein a agency that has no black creatives, and the best thing you could come up with is a another black scholarship in freaking sweden?

Jeff goodby probably planned this for weeks. WTF!
Why the hell did u create the panel, invite jimmy smith and the best thing you could do was another scholarship, how does this change the all-white culture at your own damn agency. Brilliant strategy! and great PR. These guys will do anything but diversify their own agencies. What does a scholarship change? They next 100 hires I guarantee not one will be black on the creative side! Heres the thing Jeff is smart, but this will be hailed as a groundbreaking move in the racist ad industry. Your telling me not one great idea came out of that panel. So they'll pay their tuition, I bet 1 million dollars that those 2 black kids who gradate from the program will not get jobs at his ad agency!

Heres the thing though. Blacks will never achieve equality in advertising. ever. these scholarships are just hush money. You would be a damn fool to think jeff has a change of heart in diversifying his agency. They been doing this trickery for decades, I hope CYRUS MEHRI and the Madison Ave project sues the industry.

Did u really need to create a forum and panel and waste everyones time just to announce another minority scholarship. I was expecting some grand master plan from jeff goodby on how his agency was gonna change the face of advertising. These ad execs are all talk. The only people that can change diversity in advertising is white people. Sadly there not gonna change. Its like that school bus that will never come. You can hope & pray but its not gonna come.

Yes, but those lucky blondes may receive subscriptions to the BBC.