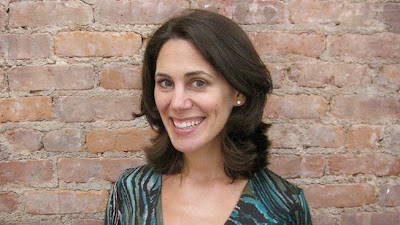 Adweek interviewed entrepreneur Rachel Sklar, discussing the dearth of digital dames—which was packaged under the overall heading of diversity. Looks like Karen Mallia’s perspective does not hold true. Sure, women face discrimination in the interactive space too; however, they’re still waaaaay better off than minorities.

Rachel Sklar Emphasizes That Diversity, Inclusiveness Are Good for Business

Entrepreneur speaks out about women in tech

In the past month alone, the tech industry has seen a string of headlines that talk of men pushing misogynistic apps or taking a crude tack when discussing women on Twitter. Rachel Sklar, an entrepreneur who has co-founded two organizations—Change the Ratio and TheLi.st—that seek to shine a light on women in tech and media, said stories like these validate the work she does. She recently spoke to Adweek about how inclusiveness and diversity are business assets.

You’ve spoken out a lot about the lack of recognition that women in tech receive. Are things getting better at all on that front?

Things are definitely getting better. There are women everywhere doing amazing, innovative, critical things. By and large, this is still an issue. But I do think it is definitely changing. Change the Ratio, I think, has actually changed the ratio. And that’s not to take credit for amazing stuff done by amazing women who don’t know me and have nothing to do with me. It has to do with a greater awareness on the part of investors, and influencers, and decision makers and gatekeepers that it is actually important to diversify. And that entrepreneurs are not just packaged looking like Mark Zuckerberg and The Social Network. And that where you don’t have diversity, you’re leaving an incredible number of market opportunities on the table.

There have been a number of headlines recently about insensitive men in the tech world, with Pax Dickinson at Business Insider and a couple of sexist panels at TechCrunch Disrupt. What’s your reaction when you see those stories?

These are things that are very validating. That is the irony of the business that I am in: validation that comes from realizing that things need to change and things need to get better. So when you've got these two bros on stage making an app about staring at women’s bodies and objectifying them, nothing makes it more clear that there needs to be more women—and treated with more respect—in the industry than that.

And that’s something that affects bottom line. Amazing, qualified people with a spine and a brain and a heart won’t gravitate toward that kind of behavior. I just always try to hammer home: it is a business asset to be a mensch. It’s a business asset to be forward-looking, forward-thinking, inclusive, someone who sets a good example and leads in a progressive way.

You helped launch Sheryl Sandberg’s Lean In organization. Are you still involved?

I was on the launch committee for Lean In, and I did a few events with Sheryl in New York with women in this space. And I don’t have a formal, ongoing role, but I am sort of an ongoing friend of the organization. Jessica Bennett, who is the editorial director at Lean In, she’s on TheLi.st. She and I are good friends and have lots of things we want to do together. It’s very symbiotic. Lean In has been a very useful thing for me. There was a sea change that came with it. It made my life so much easier, in addition to being an amazing handbook with all the data I needed.

I think, particularly for most entrepreneurs who are in the early stages, there’s no such thing as an average day. I’m in the reaction business in many respects. I’ve become sort of a go-to to send up the bat signal for sexism happening somewhere.

I’ve gotten better over the years, in terms of what things demand me to drop everything and respond. It’s like the outrage-o-meter—I’ve trained myself to wait until it reaches a certain point. Because TheLi.st is a mission-driven organization, it’s in many ways determined by responsiveness.

When was the last time your outrage-o-meter was set off?

It’s been generally set off over the shutdown, the Republican shutdown. Because, with every wave of new stories of who is affected, and what kind of loss is experienced as a result of it, a flash wave of realization that the people who are going to be feeling the brunt of this are the people who are least protected and cared for in society. And the people making these decisions are people who have money and resources and have privilege. I spend a lot of my time engaged with the concept of privilege, who has it and who doesn't have it and of the people who do have it, how they are deploying it. Often the people who have it are not deploying it in an enlightened way. And I try to enlighten them.