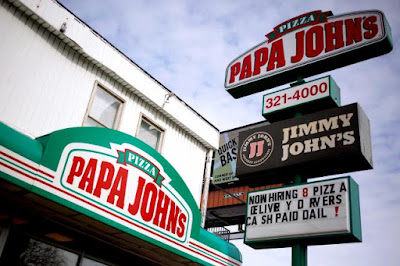 It’s been tough to keep up with the rash of reactive stunts involving Papa John’s in recent weeks. Here are highlights of the bitter ingredients, bitter pizza:

• Advertising Age reported executives at the pizza company underwent “unconscious bias” training, with plans to roll out the reprogramming initiative across the workforce. Um, shouldn’t it be anti-unconscious bias training? Otherwise, it sounds like employees are being trained to display unconsciousness in their biases—which would qualify former Papa John’s Chairman John Schnatter to serve as an expert instructor.

• Speaking of Schnatter, he refuses to go away, despite having resigned his leadership position. He launched a website to rally the troops by declaring “I Am Papa John.” Okay, but his image and likeness are being removed from Papa John’s advertising, promotions, in-store signage, POP, pizza boxes, etc. Hell, Peyton Manning probably isn’t returning his calls too. What’s more, a shareholder sued the company, charging “it misled investors by failing to disclose inappropriate behavior by its executives.” Will customers also request refunds upon learning the pizza maker was/is run by bad boys? 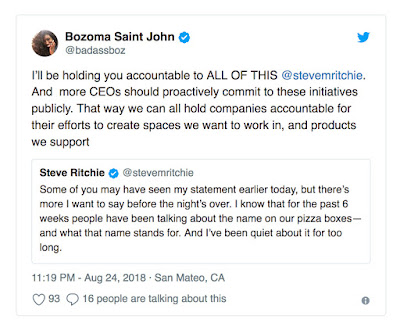 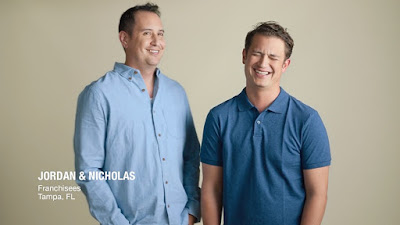 • Endeavor followed through with another lame idea, producing a campaign starring diverse Papa John’s franchisees and employees. Sorry, but better inclusiveness does not lead to better pizza. Another rebranding move involved redesigning the logo and removing the apostrophe. So now there’s bad behavior and bad grammar. 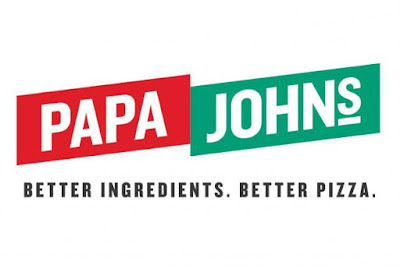 • Still no word from Casey Wasserman, who pledged in July “to go on the record and refute” the charges of extortion and other gripes that Schnatter leveled at former AOR Laundry Service. The company that tried to counsel Schnatter on media relations continues to show a lack of expertise in the area.

In the end, is the erasure of Schnatter as mascot an overreaction? After all, it’s more common for racist mascots to simply get a new hairdo or C-suite office. 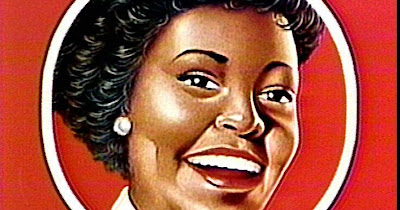 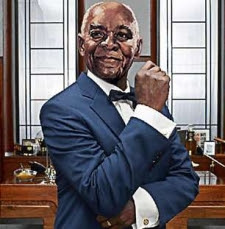