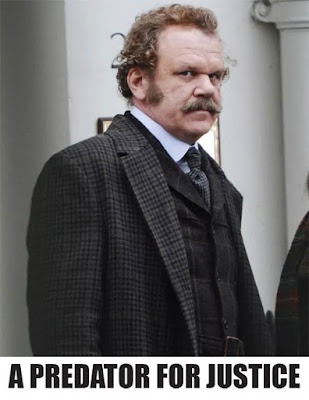 According to the ruling, certain of Watson's defamation claims against “Illinois Doe 1” and “NY Doe 2” for their alleged roles in getting him fired (he claims wrongfully) from the MDC Partners-owned agency will not be dismissed.

Koeltl said in his ruling that Watson can proceed with his defamation suit against NY Doe 2 for a complaint she made to CPB’s human resources department on Feb. 2, 2018, “alleging that the plaintiff sexually harassed her when she was employed at CP+B,” and for a May 24, 2018 DMA Instagram post alleging he “raped” her.

Koeltl ruled that NY Doe 2 could be sued for the May 24, 2018 Instagram post from DMA that linked to news reports of Watson’s original lawsuit, filed against the anonymous account on May 22, 2018. The post stated: “‘Gloves are off. I don’t care if the industry knows he raped me,’” according to court papers.

Watson, who joined CPB as its chief creative officer in 2014, was fired from the agency one day after NY Doe 2 allegedly reported him to HR on Feb. 2, 2018.

However, the judge ruled that defamation claims against NY Doe 2 for the initial DMA posts on Jan. 19 and Jan. 25, 2018—that first accused Watson of being one of several advertising executives to have allegedly sexually harassed women—were dismissed. “There is, however, no specific allegation that NY Doe 2 was personally involved in other potentially defamatory statements,” Koeltl said in the ruling.

Koeltl stated in his ruling that Watson can also proceed with his defamation suit against Illinois Doe 1 for a Feb. 2, 2018 Facebook comment the DMA member made in response to a post that questioned the nature of the former chief creative officer’s termination from CPB. The comment, the court ruling said, alleged that there were nine women who reported Watson for sexual harassment to CPB’s HR department. Koeltl ruled that Illinois Doe 1 can also be sued for posting a link to a GoFundMe page on May 25, 2018 with the comment, “‘I figured [donating is] the next best thing to giving money directly to his victims,’” because it “is also susceptible of a defamatory meaning because it asserts that the plaintiff had ‘victims.’”

“Illinois Doe 1 made two comments in response to speculation by others on Facebook that the plaintiff was not terminated for reasons related to sexual harassment,” the court document said. Illinois Doe 1’s responsive statements that ‘nine women reported him’ and the follow-up screenshot of the Instagram post celebrating the ‘nine particular women who shared painful stories with us’ are defamatory because they tend to give a reader the impression that the plaintiff sexually assaulted women and that Illinois Doe 1 endorsed that impression.”

Defamation claims against the other alleged DMA members in the suit, including NY Doe 3 and Doe 1, were dismissed. Koeltl also threw out Watson’s request in New York for “additional discovery” to uncover the identities of the DMA members. Koeltl said in the ruling, “To the extent that the plaintiff wishes to conduct more discovery, those are matters to be taken up with the California court that has been overseeing a lengthy discovery process for almost two years.” Last year, a Los Angeles Superior Court judge denied DMA’s requests to quash subpoenas ordering Instagram, Facebook and Gmail to provide information about the individuals behind the account. The Los Angeles suit that Watson filed in May 2018 names Diet Madison Avenue and other defendants listed as “Jane Doe 1,” “Jane Doe 2” and Does 3 through 100.

Watson’s attorney Michael Ayotte did not return a request for comment. Ammon Louis Dorny of Gordon Rees Scully Mansukhani, one of the attorneys for Illinois Doe 1, was not available for comment.