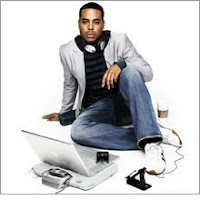 Call them what you like, but these kids are all right

Sociologists, economists and all those other “ists” had a ball in the last century. Think of all the nifty names they invented to categorize the various generations: “Lost” and “Me” and “Pepsi” and “X.”

Today, there is the Next generation—also known as Generation Y, the Echo Boomers, or the Millennium Generation.

Those of us among the 76 million Baby Boomers who parented that last group know there is a better framework than nicknames to characterize our children.

They are real people, flesh and blood, teenagers and young adults with faults and gaps, certainly, but also with some remarkable things going for them.

They are the first wave of Americans who grew up being ferried about by soccer moms in minivans, kids raised on computers, private tennis lessons and designer clothes. More of them will embark on a college education than any generation in history.

We, their parents, took our own college degrees and rode the robust economy of the late 1980s and ‘90s. We made money and chased the American Dream.

We lived better, bought larger, and gave our kids more—materially—than any other generation has received.

Many believe the result of our “success” is that the Echo Boomers are spoiled, enabled and privileged. We wonder if the Dream many of us have realized is now biting us in the behind.

The truth is that our kids are entering a world unlike any other we have seen before, but they also may have more tools to fix it.

“For the first time in history, our job, as educators, is to prepare our students for a future that we cannot clearly describe,” wrote David Warlick, an education consultant and author of “Redefining Literacy for the 21st Century.”

The events of 9/11 showed that the United States cannot delude itself that it lives in a glass dome where it can hide from the world and its problems. The next generation will have to remain proactive, a legacy that no other generation has inherited.

Technology and the answers it can provide remain both our greatest liability and our greatest hope. The last century brought us every invention from the automobile to the iPod, only to be tempered by the outbreak of HIV and global warming. It’s eerie when you think it has taken only a century to create these problems, and it might take more than a century to clear them up.

But this next generation grew up technologically savvy, and we have to believe they’ll find some answers. Every generation, sooner or later, seems to find itself in a place that seems overwhelming, yet time and again it is in those desperate moments that we experience our finest hour.

Hollywood satirized the Echo Boomers in the film “Failure to Launch.” But the movie is off the mark: Given the affluence many experienced throughout their formative years and considering the challenges presented by the world that awaits them, who can blame young people for retreating to a place of higher ground?

And let’s face it—many of the original Boomers stand in the next generation’s way, clogging up the arteries in the workplace because the retirement system or the pension they’re awaiting means hanging on now for five more years instead of six more months.

Whether it be serving in the Iraq war, participating in a church’s relief mission, renewing an interest in teaching or nursing, or volunteering at a retirement home, Echo Boomers are doing things today that none of their parents ever experienced. We would do well to focus on that.

Those who are living 100 years from now will likely look back and say that much of what we are doing today and much of what we believe—from our practice of medicine to our use of cell phones—was archaic, ineffective, and maybe downright crazy.

Our kids today will help define our world for those who come a century from now. Like boats moored at port during a storm, they are just waiting for the time to sail.

David Sharos, who teaches literature and writing at Schaumburg High School, is the father of two Echo Boomers.
Posted by HighJive at 7:17 PM