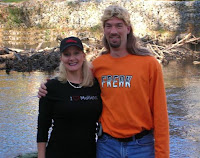 The white vs. off-white election

If you’re white and you like stuff, maybe you’ve bookmarked the Internet blog Stuff White People Like. The creation of Christian Lander, a 29-year-old Culver City, Calif., copywriter, it’s an ever-growing list of the kind of privileged preoccupations that traditionally are coded “white.”

Examples include not having a TV (“The No.1 reason why white people like not having a TV is so that they can tell you that they don’t have a TV.”), indie music (“To a white person, being a fan of a band before they get popular is one of the most important things they [sic] can do with their life.”) and, a bit abstrusely, awareness (“White people … firmly believe that all of the world’s problems can be solved through ‘awareness.’”).

To date, there are 99 items on Stuff White People Like.

Barack Obama, at No. 8, was among the first entries. Guess who is not on the list?

Somehow, Hillary Clinton, whose campaign now coasts on the fumes of a particular variety of white voter (the fuming kind), has failed to meet the rigorous standards of Stuff White People Like.

The reason, of course, is the same reason clichés such as mayonnaise and square dancing don’t make the cut either. The one thing Clinton has over Obama, which she has clumsily described as “hardworking Americans, white Americans,” is that certain white people like her more. But, to borrow a phrase from Lander and company, they are “the wrong kind of white people.” Could that mean they’re barely “white” at all?

Clinton’s white voters lack the salient feature of the white experience—privilege. As Stuff White People Like suggests, privilege now functions as a rarefied club that excludes people based not on their skin color but on their economic status, personal tastes and aesthetic sensibilities. The Web site tips toward progressive emblems of privilege (public radio), but because plenty of Republicans like iPods and farmers markets, it’s safe to say the actual cohort is bigger than that (or at least could support a sister site about white love for McMansions, mega-churches and golf). Yes, this club is still called “white,” but as time goes on, that whiteness becomes more conceptual than literal. You don’t have to be white to be white. You just need enough disposable income and the desire to buy the lifestyle accessories and adopt the points of view that were once exclusively associated with it.

So where does that leave Clinton’s last-ditch voting bloc? Barred from this new whiteness (and apparently unwilling or unable to make common cause with others who are also outside the pale), the people who handed Clinton a decisive victory in West Virginia have been stripped of so much social currency over the last few decades that you wonder if a new racial category—called “off-white” perhaps?—is about to emerge.

How else to explain the air of irrelevance that swirled around the primary? Granted, no one expected a nailbiter, but watching the media coverage, most notably the news clips in which one voter admitted to being “sort of scared of the other race” and another cavalierly insisted Obama was a Muslim, was to feel like the whole state had been written off as one big trailer park through which Clinton would take a final joy ride.

Some of that dismissiveness may be the result of the near-impossibility of Clinton getting the nomination. But it also may be a reflection of the way that, in the last 50 years, white people without college educations have gone from being the most dominant segment of American society to the most ignored.

A recent Brookings Institution paper on the decline of the white working class points out that in 1940, whites without a four-year college degree represented 86 percent of the over-25 population. Last year, they accounted for less than half. Moreover, in 1947, 86 percent of American families were white and earning (in 2005 dollars) less than $60,000 a year. By 2005, such families comprised only 33 percent.

But in addition to their dwindling demographic presence and their diminished status, these people constantly battle another head wind: culturally sanctioned mockery. Unprotected by the political correctness that makes deriding other minorities unacceptable or at least uncool, poor whites are often regarded not as people but as mullet-sporting, mobile-home-dwelling vessels of kitsch.

West Virginia had too few delegates at stake to matter much. Still, it’s been easy to get the feeling that some people, particularly those in the Stuff White People Like demographic, have concluded that the place is so backward it doesn’t matter at all.

The problem is, voters like those in West Virginia don’t see it that way. They may represent a shrinking demographic, but, as all the campaigns know, there are still enough of them that they can’t be ignored. The catch is that in an election in which race plays such a prominent role, the greatest tension may not be between black and white but white and off-white.

Meghan Daum is an essayist and novelist in Los Angeles.
Posted by HighJive at 8:27 AM