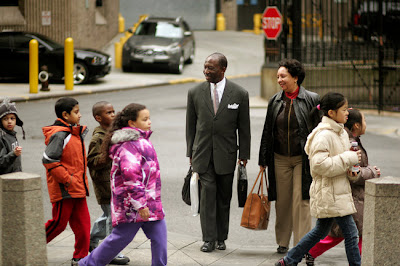 From The New York Times..

Jury in Councilman’s Trial Says Its Split Has Widened

By Benjamin Weiser and Colin Moynihan

Halfway through its second full day of deliberations, the jury in the federal corruption trial of City Councilman Larry B. Seabrook indicated on Monday that it was at an impasse on all 12 counts in the case.

A note from the jury offered no clue as to how it was split, except to suggest that it was divided into two groups, rather than there being a holdout juror or two. “Neither side” had been able “to persuade each other to a verdict,” the note said.

The judge, Robert P. Patterson Jr. of Federal District Court in Manhattan, told the jury to renew its efforts to reach a unanimous verdict.

Mr. Seabrook, a Democrat from the Bronx, has been accused of participating in a series of fraudulent schemes to direct more than $1 million in taxpayer money to nonprofit organizations he controlled, so that he, in turn, could funnel over $600,000 to family members and friends.

On Friday, the jury reported that it was at an impasse on the first count, which charged Mr. Seabrook, 60, with accepting thousands of dollars in illegal gratuities from a Bronx businessman whom he had helped obtain a boiler contract for the new Yankee Stadium.

The note delivered at 1 p.m. Monday said the impasse had broadened. “After much discussion,” the note said, “we are unable to reach a consensus on any individual count verdict.” The jury continued to deliberate through the afternoon before being sent home at day’s end, and it was expected to resume deliberations on Tuesday.

Mr. Seabrook spoke briefly with reporters outside the courthouse after the jury was sent home.

“I think we are just going to wait and see what the jury has to say,” he said. “The jury will speak and we will follow what the jury says. I’ve always had the faith.”

One of Mr. Seabrook’s lawyers, Anthony L. Ricco, said, “The important thing to realize is that the jury hasn’t accepted the government’s theory of the case.”

As the jurors worked to resolve the case, he added, he hoped they would “continue to deliberate, but not really abandon their heartfelt views.”

“People shouldn’t be asked to compromise their views for efficiency or expediency,” Mr. Ricco said.

Judge Patterson said outside the jury’s presence that he was somewhat troubled to think the deliberations might have taken the form of the jurors’ “taking sides.” When he addressed the panel, he encouraged the jurors to take another look at the evidence to see if a verdict could be reached.
Posted by HighJive at 11:05 PM