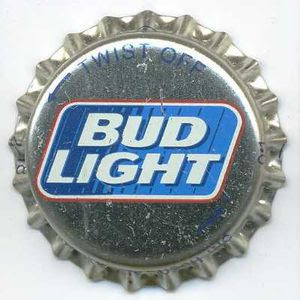 Bud Light executives must be sipping too much of their own product, as Advertising Age reported the creative portion of the account went to McGarryBowen and Translation. This is like a duet featuring Barry Manilow and Snoop Dogg. Oddly enough, the conservative McGarryBowen might have been the most qualified agency in the competition, as Droga 5 and Translation have not created consistently decent work to date; plus, CP+B has already proven inept with beer brands, as evidenced by its Miller Lite Man Laws campaign. The Translation appointment probably means the Bud Light boys hope to party with Jay-Z and Beyoncé. Here we go.

Anheuser-Busch InBev has tapped McGarryBowen and Translation for Bud Light marketing, giving the shops the nation’s biggest-spending beer account after a lengthy review that included at least a half dozen agencies, Ad Age has learned. The hard-fought win caps a stellar year for Dentsu-owned McGarryBowen, following the recent addition of other blue-chip marketers such as Burger King and the merged United-Continental airlines.

The agency will handle lead creative duties for Bud Light, and work in concert with Translation Advertising—a surprise benefactor of the review process, brought in to pitch ideas after the pitch was already in progress.

Translation, now an independent shop after splitting from Interpublic Group of Cos., will handle Bud Light line extensions such as Bud Light Lime and Bud Light Platinum, a higher-alcohol line extension that the brewer is expected to debut early next year with a Super Bowl ad. The agency will also work on the brewer’s NFL sponsorship.

“We’ve decided to go with two agencies and split the responsibilty,” Paul Chibe, Anheuser-Busch InBev’s U.S. VP-marketing, told Ad Age today. “When we looked at creative capability insights [and] insights into the cultural fabric of the U.S., these firms distintuished themselves from the others … and came across as highly complementary to the business need of Bud Light.”

Anheuser-Busch InBev spent more than $276 million in measured media on Bud Light in the U.S. in 2010, according to Kantar Media. The two agencies beat out a host of shops believed to include indie shop Droga5, MDC Partners’ CP&B, as well longtime incumbent Omnicom Group’s DDB, which was cut from the list in October. That marked the end of a nearly 30-year relationship between DDB and the brewer.

St. Louis-based Cannonball, also a Bud Light incumbent, will remain on the roster handling promotional work and other duties. Cannonball is also expected to get a Super Bowl ad this year, and Translation and McGarryBowen are expected to have ads in the big game as well, Mr. Chibe said. One of the Super Bowl ads is expected to feature Platinum, which is seemingly aimed at the younger, partying crowd that has increasingly gravitated to spirits. For McGarryBowen—which will run the account out of Chicago—the Bud Light win is a huge boost to close out 2011, but also presents a new challenge. It thrusts the agency under perhaps its brightest spotlight yet, as it will need to create ads that strike a humorous tone—taking the agency out of its comfort zone of emotionally-driven, sometimes sappy ads for brands like Disney and Kraft Foods.

The agency is also coming on board as AB InBev looks to revitalize the brand under the watchful eye of AB InBev global executives such as CEO Carlos Brito, who has called the acceleration of Bud Light growth the “No. 1 priority in the U.S.”

McGarryBowen breifly worked with the brewer last year on ads—and that seemed to work in their favor. “They’ve done work with us in the past. So we know they’ve been very good. They were able to connect the strategy to the creative and also about where we need to go,” Mr. Chibe said.

Bud Light still commands an overwhelming market lead of 19.1% of the U.S. beer market, according to Beer Marketer’s Insights. But like other big brands, Light has lost ground of late in the face of the economic downturn and stiff competition from spirits and smaller craft beers.

In recent years, the brewer increasingly turned to a project-oriented model for Bud Light, relying on a handful of roster shops for work, as well as the occasional spot from outside agencies. Indeed, McGarryBowen got its first shot while pitching ads for the Super Bowl, which the brewer ultimately ran during the playoffs. But the parties quickly moved their separate ways and it did not seem any new work was on the horizon. However, a new opportunity arose this summer when AB InBev decided to take a fresh look at Bud Light agencies shortly after Mr. Chibe took the marketing reigns in June. The brewer cast a wide net, seeking new ideas not just for ads, but packaging, events and other areas.

Mr. Chibe—who came to the brewer from candy giant Wm. Wrigley Jr.—was looking to keep the humor in Bud Light’s ads, but with a bit more sophistication. Bud Light’s current “Here We Go” campaign has drawn criticism from some beer-marketing observers who have derided the spots as overly sophomoric. (Supporters of the strategy note that Bud Light has historically been at its best when it employs over-the-top humor that appeals to beer-swilling guys.)

Mr Chibe today suggested that Bud Light’s recent humor formula was too one dimensional. “Dog bites guy in the ass. People laugh, drink a beer that’s kind of where the humor [was],” he said. “We fell into a formula and that always becomes a problem.” Going forward, he said the brand would diversify its humor. “Our consumers are smart people and we need to communicate to them like the are smart people.”

Mr. Chibe has some familiarity with Translation—which recently split from Interpublic in an effort to branch out from its multicultural-marketing roots to rival general market firms—from his time at Wrigley. Translation’s founder, Steve Stoute, previously worked with Wrigley on gum marketing, including a 2008 project for re-recording jingles by pop stars such as Chris Brown for Double Mint, Juicy Fruit and Big Red.

Mr. Chibe said he liked the agency because they “know where America is going. If you’re not able to prepare the brand to be relevant to the changing face of America, you’re not going to be a leading brand.”

The economy—not necessarily marketing—are to blame for some of Bud Light’s recent woes, as unemployed blue collar beer drinkers spend less on big brands. After growing slightly in 2008, Bud Light shipments declined by 2.5% in 2009 and 1.8% last year, according to Beer Marketer’s Insights. Still, trends have improved this year, with unit sales of cases up 0.11% in the 52 weeks ending Oct. 2, according to SymphonyIRI, which tracks grocery sales excluding Walmart Stores and liquor stores.

Some of the brand’s fresh momentum could be coming from its new NFL sponsorship deal, which is costing the brewer an estimated $50 million a year for six years. The NFL-themed spots now airing are by Cannonball and mostly pay homage to the passion of NFL fans, while linking the nation’s most popular sports league to Bud Light.

The Bud Light agency change follows other big moves at the brewer, including bringing in Publicis Groupe’s Starcom USA to assist with media duties. The agency, which got the assignment in November, will handle U.S. media planning and research duties, working in tandem with in-house unit Busch Media Group.

steve stoute involved?? well, there you go...queue the music!

word on the street is mr.chibe and steve stoute knew each other before the pitch. that explains everything. relationships matter.

It's not word on the street, Anonymous. It's spelled out in the Ad Age article.