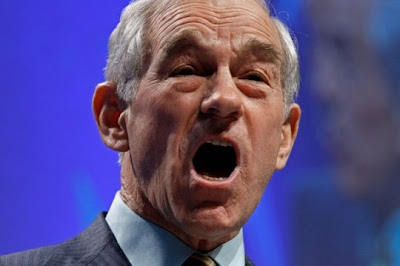 No way to explain away Ron Paul’s racist reports

Sorry, Ron Paul, you don’t get a pass on this one.

Every time Congressman Paul pops into the public consciousness, a string of racist, anti-gay and anti-Semitic newsletters he published under his name in the 1980s and 1990s comes up.

It irritates the Republican presidential contender — a libertarian purist who has a real chance of prevailing in Iowa next week — that in recent days his hateful newsletters are again in the news and he can’t simply swat them away.

“I didn’t write them. Didn’t read them at the time and I disavow them. That is your answer,” Paul told CNN’s Gloria Borger last week.

Here’s a quick sampling of the prose, all written without a byline, in newsletters that bear Paul’s name (The Ron Paul Political Report, the Ron Paul Freedom Report, etc):

• An attack on Ronald Reagan for signing legislation to create the Martin Luther King Jr. holiday: “We can thank him for our annual Hate Whitey Day.”

• On the 1992 Los Angeles riots: “Order was only restored in L.A. when it came time for the blacks to pick up their welfare checks.”

• On gays and AIDS in 1994: “Those who don’t commit sodomy, who don’t get blood transfusions, and who don’t swap needles, are virtually assured of not getting AIDS unless they are deliberately infected by a malicious gay.”

We could make a big deal about how Paul’s disavowal of the newsletters started off weak and has only gotten stronger over time. But we won’t.

We could also side with critics who say Paul must name the authors or prove he was unaware of the content of his newsletters. But we won’t.

There is simply no way to explain away Paul’s connection to these abhorrent newsletters.

In the context of choosing a presidential nominee, all that matters is the fact that for more than five years this venom was published under Paul’s name. Venom, we should add, that wasn’t a once-in-a-blue-moon occurrence. The examples are endless.

It may be true that Paul never read his newsletters. He was practicing medicine at the time. It may also be true that he truly rejects this thinking.

But for years his name was associated with destructive, hurtful and divisive words and thoughts.

This man is not fit to be president.
Posted by HighJive at 7:39 PM

No - he gets a pass for 8 sentences written by Lew Rockwell 20 years ago when our last 2 presidents have killed tens of thousands of civilians in needless wars.