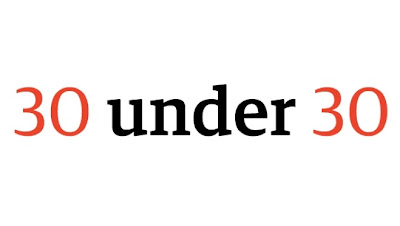 Forbes magazine Monday unveiled its list of “30 Under 30” — “These are the people who aren’t waiting to reinvent the world. Forbes, leaning on the wisdom of its readers and the greatest minds in business, presents the 30 disrupters under 30, in each of 12 fields, making a difference right now.”

One field was the media, and Yvonne Latty, who teaches journalism at New York University, was proud to see former student Mary Pilon on that list. “She was a superstar in a year long honors class I taught 3 years ago…loved her!” Latty said in an email.

Then Latty looked for the people of color. There was Maneet Ahuja, a hedge fund specialist at CNBC who is of South Asian Indian background. That was it.

“This is a big problem and one that is just getting worse…depressing,” Latty messaged Journal-isms. “There is this small slice they choose from and we are not represented in the slice that they look at…sad cause these lists shape what the people think are ‘hot’.

“…it is very frustrating for me[.] one minute I am thrilled to see my incredible, talented student on the list and then I look at it again…I don’t see any black faces and scrutinize the white faces to see if one of them just maybe could be latino…then I realize they are not,” said Latty, who is both Latino and black.

Alexandra Talty, a Forbes spokeswoman, told Journal-isms by email on Thursday, “While there are over fifty people of color on our other 30 Under 30 lists, diversity in media remains a national issue, which this list reflects.”

That rationale was rejected in an informal survey of journalists of color familiar with 20-something media people who are “disrupters.”

Read the full story here.
Posted by HighJive at 11:39 AM