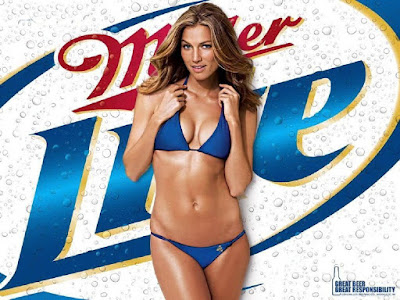 Adweek reported MillerCoors pulled a PepsiCo play, shifting beer business from one bunch of Omnicom-owned White advertising agencies to another. What’s more, the client revealed creatives from the former AORs will move to a special team in the new AORs. Welcome to Miller Time—and Corporate Cultural Collusion. Whassup?

Beverage giant MillerCoors has shuffled the creative agency roster for its Miller brand for the fifth time in less than six years, assigning global duties on Miller Lite and Miller Genuine Draft to DDB Chicago and London-based Adam&EveDDB, respectively.

The change occurred after a formal review.

“Starting this week, we are consolidating the Miller Lite creative responsibilities at DDB Chicago. This transition will be seamless as we are keeping the business within the Omnicom family,” Kroll wrote after noting that the brand recently celebrated 10 consecutive quarters of share growth.

As mentioned, this announcement keeps the business within the Omnicom family while ending Miller’s relationships with now-former creative agency of record 180LA and Juniper Park, a Toronto-based shop that is part of the TBWA network.

The news also follows this spring’s decision to shift the digital portion of the Miller Lite account from DigitasLBi Chicago to DDB, again without a review. Moving forward, Miller Coors will consolidate some of the cross-agency talent working on that account in North America.

“We are moving some of the best creative talent from our previous agencies 180LA and Juniper Park, into a new team at DDB in order to have a best-in-class creative and planning team,” Kroll’s note continued. “DDB has made great strides on the digital side of the Miller Lite business over the last month, and we feel confident that this expanded team will keep the brand on its positive trajectory.”

Last April, MillerCoors moved responsibility for Miller Lite from TBWA\Chiat\Day Los Angeles to sister shop 180LA weeks after reports indicated that the company had been talking to various agencies and “looking for ideas” on the brand. In that case, there did not appear to be a formal review.

A MillerCoors spokesperson referred back to Kroll’s memo. Representatives for DDB and 180LA declined to comment on the news.

According to the latest numbers from Kantar Media, MillerCoors spent approximately $130 million on measured media promoting the Miller Lite brand in the U.S. last year and $27 million in the first quarter of 2017.

MillerCoors deserves all the drinkers switching to craft beer it gets.

They did away with meaningful contracts to minority agencies, and gave all their dollars and confidence to all-white agencies instead.