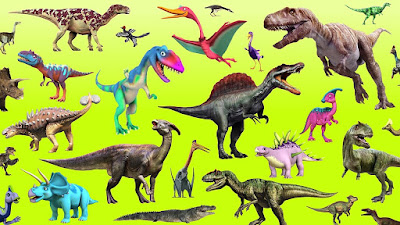 If advertising is going into the content business, who will take care of the brands?

Last year in Cannes, I gave a talk titled, “Confession: I Love Advertising.” The speaker following me started his speech with the title, “How to Stop Advertising and Save Our Industry.”

Over the past decade, the advertising industry has somehow managed to demonize the very word that defines what we make.

But is the industry really changing, or are we just changing the words? Branded content. Isn’t that what advertising is—a piece of content that features a brand?

Recently, I read an article that declared, it’s time to take the brand out of branded content. So if we are all going into the content business, who is going to take care of the brands?

Two years ago when discussing branded content on a jury, one person said, “I’ve got it! If we like the work, it’s branded content. If it sucks, it’s advertising.” This person was not in the business of advertising. He was a novelist.

And a month ago, I was in New Orleans at the Collision Conference. A colleague of mine, Winston Binch, said, and I paraphrase, “Susan, it’s fascinating. When I tell people I’m in advertising, they aren’t interested. They don’t think they are ready for an advertising agency, too expensive. But, if I tell them I’m in branding and marketing, they ask for my card.”

I’ve always been proud to be in Advertising with a capital A. When I was growing up, I loved ads. And in turn, I loved brands. In my first job at BBDO, I learned we could make things more famous, more beloved than the content we paid to sit alongside.

We were the masters of short-form communication. And, yet, in a world that is asking for things to be shorter—six seconds, 140 characters, an emoji—we seem to be going in the opposite direction. Our films are getting longer. Instead of a crafted one-second image that we used to call print, we want to create blogs and interactive posts. Anything that doesn’t look like an ad.

So perhaps it’s better to separate the business of advertising and ads. Ads are a part of what we do in advertising. But Advertising with a capital A is about solving problems and creating opportunities that lead to a healthier economy.

But every time, when it’s on strategy and in service to a client’s business, it’s Advertising.

If you believe that, too, let’s focus on our real problem, which is not that we work in advertising. It’s that we’ve allowed the word to be co-opted and connected to the intrusive, the disrespectful and the disinteresting.

Let’s take back advertising and define it for what it really is—one of the best economic-drivers, problem-solvers, dream-makers in the world.