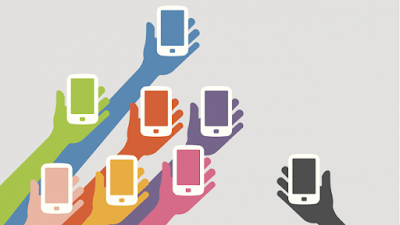 Procter & Gamble’s concerns about where its ads were showing up online contributed to a $140 million cutback in the company’s digital ad spending last quarter, the company said Thursday. That helped the world’s biggest advertiser beat earnings expectations. Perhaps even more noteworthy, however, organic sales outperformed both analyst forecasts and key rivals at 2% growth despite the drop in ad support.

P&G didn’t call out YouTube, the subject of many marketers’ ire earlier this year, in its fiscal fourth-quarter earnings release, but did say digital ad spending fell because of choices to “temporarily restrict spending in digital forums where our ads were not being placed according to our standards and specifications.”

Those cuts amounted to nearly a percentage point of profit margin for the quarter, with cuts to agency and production fees further boosting profits.

People familiar with the matter said P&G left YouTube in March over brand-safety issues, though P&G has also had problems with ads appearing on video content that didn’t match its goals. It’s unclear whether or to what extent the digital cuts came from other venues, though Chief Financial Officer Jon Moeller in a media call also noted Chief Brand Officer Marc Pritchard’s broader efforts to eliminate “a significant amount of waste” in the digital media supply chain.

YouTube parent Google reported strong revenue growth last quarter despite what appears to be a dwindling advertiser brand-safety revolt. But P&G isn’t in a hurry to resume spending either. Despite the cuts P&G had “very strong relative organic sales growth,” Moeller said. “So we stand in pretty good net as a result of all those choices.”

So how well did P&G do in the quarter? Globally its organic sales, excluding effects of divestitures and currency, rose 2% to $16.1 billion on a unit volume increase of 2%. That compared to categories that were roughly flat, Moeller said on an investor call later, adding that P&G’s organic sales actually accelerated over the fiscal year even as category growth slowed.

P&G U.S. revenue rose 2% on 4% unit growth. The spread there owes largely to a 12% cut in prices of Gillette razors, which boosted volume but reduced sales at least for the short term. The beauty business, long a company laggard, this time led with 5% organic sales growth.

All-in net earnings rose 15% to nearly $2.3 billion for the quarter, with nearly half the gain from those digital media cuts.

P&G’s forecast for its new fiscal year, which began July 1, leaves room to hike marketing spending from productivity gains, and the $140 million cut last quarter could grow further still if P&G follows through on its threat to stop spending on digital media that doesn’t have third-party audience measurement verified by the Media Rating Council by the end of the calendar year.

While P&G has increased its U.S. TV upfront commitment for this year, according to people familiar with the matter, it’s far from certain all digital dollars it cuts would go there or elsewhere. CEO David Taylor was non-committal on the investor conference call when asked about plans for next year’s spending.

“Certainly we are and have been rethinking marketing overall, and it will evolve,” Taylor said, but didn’t specify what that would mean for media spending. While Taylor has criticized past P&G moves to cut spending in the fiscal fourth quarter to boost profits, last quarter’s digital cuts, motivation aside, essentially did that. Over five years, P&G is aiming for $2 billion in marketing cuts, including media, with a heavy emphasis on cleaning up the digital supply chain.

On the plus side I guess all the multicultural ad agencies got a head start on learning to do without. They got choked off from P&G's advertising dollars ages ago and had to adapt to a diet without meat OR crumbs.

Now the white agencies that siphoned off all their work are about to feel that pain for themselves.