14800: Wunderman Thompson CCO Is An Oxymoron—And Anyone Taking The Role Is Likely A Moron. 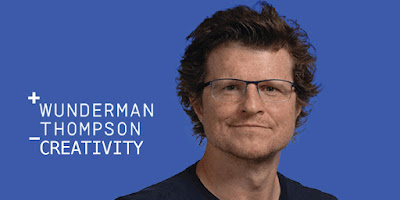 Adweek reported Wunderman Thompson hired a White man as its new North America CCO. Why would Wunderman Thompson—a mutant marriage of two historically uncreative enterprises—even need a creative leader? Plus, the man comes from Saatchi & Saatchi New York, where he held the same title for less than a year. Wayner is essentially bouncing from one outhouse to another. And he offsets the faux diversity that the White advertising agency is seeking to fabricate. It’s amazing the shop didn’t tap a White woman for the position.

Taras Wayner, the creative leader who may be best known for his contributions to R/GA’s “Love Has No Labels,” is joining Wunderman Thompson as the agency’s chief creative officer in North America. Wayner is departing Saatchi & Saatchi New York, where he was in the same role for a little over a year.

Wayner was at R/GA for about 12 years and was the other half of the powerhouse creative leadership duo that included Chloe Gottlieb, who left for Google in May 2018. Wayner then served with Richard Ting before announcing the move to Saatchi in July 2018.

“We embrace a culture of creative bravery—it’s the lifeblood of our business,” said Shane Atchison, CEO of Wunderman Thompson North America, in a statement. “Taras is a huge talent and an even better human being.”

“As creativity continues to be the most sustainable competitive advantage for our clients, this demands a tremendous amount of diverse ability in any creative leader,” added Daniel Bonner, global chief creative officer of brand experience at Wunderman Thompson. “It calls for pioneers that can boast a unique track record of building teams, creating industry-defining work and leading brands to the most inspirational answers to problems, again and again. The good news for our agency and our clients is that Taras is most definitely a shining example of this rare breed.”

In addition to his team’s groundbreaking work for the Ad Council, Wayner has had a hand in successful campaigns for Fox, Coca-Cola, Samsung, the NFL, Nike, Verizon and Beats by Dre. The Fox Sports work nabbed a Cannes Grand Prix in 2001 and was inducted into the Clio Hall of Fame.

For its part, Saatchi & Saatchi is on the hunt for a new creative leader in the U.S. market. At the time of his appointment, Wayner took over for Javier Campopiano, who helmed the wildly successful “It’s a Tide Ad” campaign. In May 2018, the Argentinian rejoined FCB Mexico as a partner and CCO.