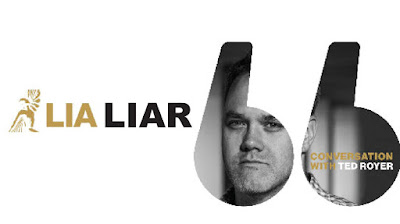 Advertising Age published a divertorial by BETC Senior Art Director Lauren Haberfield, who whined about the recent Ted Royer LIA-liar spectacle and ultimately demonstrated that art directors should not handle copy. Haberfield offered no original commentary or provocative perspectives, opting to regurgitate the obvious in clichéd fashion. She did manage, however, to make a few ignorant comments.

For example, Haberfield sniffed, “Once again, a woman’s right to be offended was completely overruled by a man’s right to be heard.” Okay, except Royer’s presentation was arranged and approved by LIA President and Founder Barbara Levy—so maybe Haberfield should direct her offense at the White woman responsible for the mess.

Keep in mind, Levy took a swipe at Diet Madison Avenue when remarking, “I do not believe that an anonymous social media platform that does not allow the accused to respond should be allowed to indict, try and convict anyone.” Okay, but DMA did not indict, try and convict Royer. The ex-CCO underwent an investigation conducted by Droga5, which resulted in the White advertising agency deciding to terminate the man. Yeah, the DMA vigilantes posted arguably slanderous indictments—for which they deserve whatever legal judgments might inevitably be leveled against them—but the trial and conviction of Royer belongs to Droga5.

Haberfield displayed naiveté and stupidity by stating, “As an attendee of Creative LIAisons, I want to vouch for what an important opportunity this event is for young creatives.” Um, award shows such as LIA are a root cause of the overall problem. That is, trophies fuel the pseudo rock star status bestowed upon alleged pigs like Royer.

Haberfield also declared, “This isn’t about one incident or one man. It’s about how ignorant, how careless, the industry still is about facing what is happening inside agencies. Sexual harassment and assault are not things of the past. Managers continue to cover it up or keep it hidden. And people in power still abuse that power and manipulate those without it.” Wow, that’s a pretty sweeping condemnation. Does Haberfield view JWT London Creative Director Jo Wallace as a mentor and role model? Is she a junior Cindy Gallop, ready to brand Royer as representing the single biggest business issue in adland?

Finally, Haberfield seems oblivious to the reality that White women have been co-conspirators with White men in maintaining the exclusivity in the field. It’s not inappropriate or inaccurate to say the two groups have literally and figuratively been in bed with each other for a long time.

Is time really up on sexual misconduct in our industry?

The second that ex-Droga5 chief creative officer Ted Royer stepped out to make his first public appearance since the allegations of sexual misconduct and his subsequent firing in 2018, it became shockingly apparent just how little progress the advertising industry has made in addressing the MeToo epidemic.

His audience? Not his peers, nor the press, nor established industry leaders, but the very type of women who are typically targeted by powerful men like him: young creatives who are building their careers.

The talk had little to do with creativity or the purpose of the conference—Creative LIAisons, the LIA awards event for creatives under age 30. Royer was unlisted in the program, leaving the audience little choice but to listen to what became an open, undebated space for him to deny accusations. One by one, he denounced testimonies posted on Instagram account Diet Madison Avenue, saying they were fabricated.

Royer’s surprise appearance followed award-winning journalist Lara Logan’s talk on empathy. The message was far from subtle: his placement, directly after, practically screamed “give him the benefit of the doubt.”

When alleged sexual assault victims tell their stories, wouldn’t it be nice if they, too, were preceded by an emphatic talk on the importance of believing them?

There is no question that a person should have a right to tell their story. But in a world that actually needs an “I believe her” hashtag, taking stories from victims and using them to claim innocence in any context other than a court of law comes across as insensitive at best, violence at worst: it is part of what fuels a culture that is more inclined to blame the assaulted than the predator.

The session closed with Royer offering to take questions. Never mind that the Creative LIAisons’ organizers let an alleged sexual harasser address a room of young creatives in the first place; a properly managed Q&A could have been an opportunity to even out the conversation.

Let’s be honest … speaking out against harassment, even in this type of forum, doesn’t always end well. And to a room full of young professionals, eager to advance their careers—who may not even have enough power to speak their minds to their bosses, let alone question one of the (former) most powerful men in our industry—no matter how open and willing Royer appeared to be, it only amplified how inappropriate this context was for his first public appearance.

But more tone-deaf than the talk itself was the way it was handled after.

Barbara Levy, the head of the LIA awards, issued an apology but went on, in her words, to ‘warn’ attendees that a sexual assault victim would speak in the afternoon. That talk was ultimately canceled, but the warning’s implication was disconcerting. It was as if she believed people would feel just as uncomfortable about hearing a victim’s perspective as they rightly did by an alleged offender’s.

As an attendee of Creative LIAisons, I want to vouch for what an important opportunity this event is for young creatives. The LIA awards made mistakes, but these were symptoms of a bigger issue, not the problem.

This isn’t about one incident or one man. It’s about how ignorant, how careless, the industry still is about facing what is happening inside agencies. Sexual harassment and assault are not things of the past. Managers continue to cover it up or keep it hidden. And people in power still abuse that power and manipulate those without it.

The conversation around women and sexual harassment in the workplace may have changed, but the abuse of power has not. #TimesUp on pretending it has.