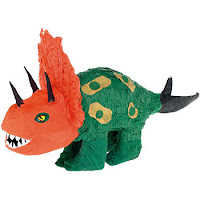 The story below appeared at Adweek.com. A brief MultiCultClassics response immediately follows…

It sometimes takes the ad community a few years to catch up with population trends. Such is the case in Chicago, where the Hispanic population has been exploding but where the number of targeted media outlets and advertising revenue lag behind markets of comparable size, notably Miami.

That’s somewhat understandable for a market that is hardly a border town. But hundreds of thousands of Mexicans have been flooding into Westside and Southside neighborhoods and increasingly the suburbs. This trend is projected to continue well into the next decade, opening up opportunities for Hispanic media and for advertisers looking to tap into a large population in a market that is inexpensive for the moment.

Chicago is the fifth largest Hispanic market with 454,000 television homes, according to Nielsen Media Research. Its Hispanic population more than doubled between 1980 and 2000, from 635,000 to just under 1.5 million people, 75 percent of whom are Mexican, based on data from SRC LLC.

Moreover, Chicago’s Latino population is now estimated to be near 1.9 million, and it’s projected to grow by another 52,000 people each year through 2012, according to Boston-based consultancy Global Insight. Hispanics will account for more than one out of five Chicagoans by then, reaching 2.15 million residents with $58 billion in buying power.

“At some point this will level off at least as far as in-migration from Mexico,” said Gary Menger, lead demographer at Applied Geographic Solutions. “But these Mexican families are also having more children than native-born Americans. So even if that tide ceases you’ll find for the next 25 to 30 years an increase in the Hispanic population.”

Still, while Chicago’s Hispanic population has been growing, advertising revenue has been slow to keep pace in the changing market.

Advertisers spent $123 million in 2006 on Hispanic media in Chicago, according to Hispanic Business magazine, compared with about 41 percent of expenditures spent in Miami despite having virtually the same size population. Ad spending increased at the slowest rate among the 10 largest Hispanic markets, up only 3.8 percent from 2005.

Hispanic TV and radio accounted for about 40 percent of revenue at $49 million and $47 million, respectively, with print generating $27 million, according to Hispanic Business.

“People don’t think of Chicago as a Hispanic market,” Fernandez said, noting: “We also lack the big-name agencies outside of [Starcom MediaVest’s] Tapestry. We need prominent, big agencies preaching the gospel to retailers and Fortune 500 companies that they need to advertise to Hispanics in Chicago.”

There are also a limited number of Latino media outlets to attract ad revenue.

Univision’s dominance makes it tough for competitors to make headway in the market. SBS’ only station in Chicago, Mexican format WLEY 107.9 FM, is tied at No. 10 among listeners 12 years or older on an all-day basis. The station’s ratings, however, have been slipping.

But Benjamin Aguirre, a local media specialist at Tapestry, says Univision isn’t gouging advertisers because of its position.

“We negotiate on ratings and the fair share [each station] can get,” Aguirre said, adding: “I’d consider it extremely affordable when compared to the general market.”

Still, Univision’s WGBO has cornered the Hispanic TV market during prime time and in news dayparts. WGBO averaged an 8.7 prime time rating in the 18-49 demographic during the February sweeps, according to Nielsen. Telemundo WSNS had a 2.6 rating.

In the May sweeps, WGBO tied for No. 2 among all stations in the 18-34 demographic on an all-day basis, according to Univision. But WSNS has been making changes to its newscasts to make it more competitive.

Tribune’s daily Hoy came into the market in early 2003, replacing the weekly ¡Exito!, and its weekend edition, which launched in December of that year, is now Chicago’s most widely distributed publication. Hoy’s Monday to Thursday distribution was 43,216, up from 40,366 in March, according to Certified Audit of Circulations (CAC); its Friday distribution was 55,373, up from 53,653.

Hoy’s Fin de Semana Chicago was distributed to 208,821 people in March, according to CAC, slightly down from March 2006.

ImpreMedia’s La Raza, which launched in 1970, is Chicago’s oldest Spanish-language newspaper. ImpreMedia bought the weekly in 2004 from investment firm Hispania Capital Partners. The paper's circulation is continuing to trend up past the 200,000 mark, said publisher and CEO Robert Armband.

A few years ago, La Raza also joined the Sun-Times Network Group newswire service, extending its reach throughout the market with content accessible both in English and Spanish to multiple media outlets, including English-language newspapers, TV and radio.

The free weekly Reflejos Bilingual Journal, with a 93,000 circ, had a changing of the guards this month with Jerry Campagna retiring as president. Paddock Publications purchased the paper from Campagna in 2000.

About 44 percent of Hispanics in Chicago prefer to speak Spanish, according to Scarborough Research. They also are younger than average, with 55 percent ages 18 to 34, a statistic Tapestry’s Aguirre said has prompted Chicago papers to make editorial tweaks.

Both Hoy and La Raza have made strides to give their papers a livelier feel, he said. “Hoy definitely has a feel similar to [Tribune’s English-language] daily RedEye, where the content is easily digestible but relevant.”

The story’s opening line says it all: It sometimes takes the ad community a few years to catch up with population trends.

Of course, when the people movements include racial and ethnic components, the years turn to muchos decades with our industry.

On a side note, it’s ironic these revelations are now presented by Adweek, a publication whose parent company saw fit to eliminate Marketing y Medios, the premier magazine focused on the Latino market.

Is anyone really surprised that Chicago would be so lagging in this booming arena? The city’s major advertising agencies are notoriously White, with no organizations like New York City’s Commission on Human Rights to push progress. Although it is interesting to recognize Chicago is home to Rev. Jesse Jackson, the dictator of diversity.

“People don’t think of Chicago as a Hispanic market,” remarked Ed Fernandez. “We also lack the big-name agencies outside of [Starcom MediaVest’s] Tapestry. We need prominent, big agencies preaching the gospel to retailers and Fortune 500 companies that they need to advertise to Hispanics in Chicago.” One of the city’s largest shops, Leo Burnett, has struggled to hire qualified executives to run its minority Lápiz Division—which can’t help Burnett’s attempts to integrate the general market staff. So it will be damned difficult identifying any gospel preachers.

The laborious examinations of Latino media consumption show another basic flaw in reasoning: Why presume you can reach a unique audience by employing the same vehicles that are even failing with White folks?

Guess it’ll take the ad community a few years to figure this out too.
Posted by HighJive at 7:40 AM