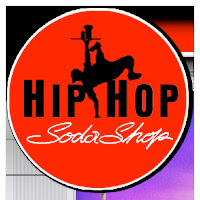 From The St. Petersburg Times…

Former NAACP head Benjamin Chavis plans to open the first of many HipHipSodaShops in St. Petersburg to teach hip-hop youth about business, investment and social responsibility.

A plan to make St. Petersburg the launching pad for a new hip-hop concept is getting a boost under a new boss with national clout.

Benjamin F. Chavis, former head of the NAACP and longtime social activist, has taken over as chief executive of H3 Enterprises, the parent of HipHopSodaShop, which plans to open its first store of a worldwide chain in St. Petersburg later this year.

The store will bring together hip-hop music, gaming and healthy food with an ethos of community investment. Chavis said several hundred thousand dollars will be invested in the location, without being more specific.

H3 hired Chavis and his firm, CEF Management, as the company’s board gets serious about its novel business model. Pitching itself as the first publicly traded hip-hop company, H3 is planning to use HipHopSodaShop as a vehicle to promote sound business, teach investment to hip-hop youth and incorporate social responsibility into what Chavis describes as a unique business concept.

“This is a model development,” said Chavis. “We hope the rest of corporate America will look at this.”

Chavis is a co-founder, with hip-hop mogul Russell Simmons, of the nonprofit Hip-Hop Summit Action Network, an organization aimed at recapturing the social consciousness of original hip-hop and using its popularity to bring about social change.

“For the last three years, Russell and I have been talking about teaching financial literacy to young people,” Chavis said. “This is the perfect teaching tool. We’re going to put it into practice.”

After a career that started with Dr. Martin Luther King Jr. and moved up through the Nation of Islam, Chavis said he is now utilizing business concepts to promote cultural development.

H3 and HipHopSodaShop have garnered attention in the two years since the company was formed by 25-year-old Brian Peters and a partner. They’ve attracted notice from the hip-hop and sports communities but have yet to put a store together.

“If they really want to reinvent the soda shop and make it a cool, positive place for kids to hang out, that’d be great,” said University of South Florida marketing professor Carol Osborne. “But they really need to pull off a unique one.”

Chavis said the next location will probably be in Harlem. Stores are also planned in Jamaica, South Africa and the United Kingdom, among other locales.