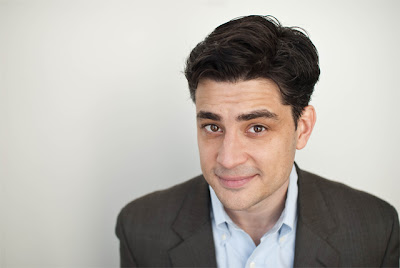 U.S Attorney General Eric Holder called the country “a nation of cowards” on race relations, arguing that “… if we are to make progress in this area, we must feel comfortable enough with one another, and tolerant enough of each other, to have frank conversations about the racial matters that continue to divide us.” In this respect, Tanner Colby could be viewed as courageous for writing Some of My Best Friends are Black. Then again, Confucius said, “Real knowledge is to know the extent of one’s ignorance”—which might explain why Colby fails in stereotypically dramatic fashion.

MultiCultClassics first encountered Colby last March when he published a couple of incoherent columns for Slate that centered on the depiction of race in AMC series Mad Men. The columns begged the questions: Who is this writer—and why is he babbling bullshit with such conviction? Well, it now appears that Colby was fueled by the insights he collected while typing his new book. And this goes to the heart of the problem MultiCultClassics has with Colby and Some of My Best Friends are Black.

For the record, MultiCultClassics did not read Colby’s entire book. However, enough of the text was examined to construct this review. Specifically, the Preface, Part 3 and the Author’s Note were perused. Scanning through anything more would have been too torturous.

During the political campaign and 2008 election of President Barack Obama, Colby suddenly realized that he didn’t know any Black people. Additionally, his close pals had no Black friends either. So Colby decided to write a book on why his life featured zero contact with Blacks. “Sure, I had no idea what I was doing,” the author admitted. “But to be a white person writing a book about race, ignorance was the only qualification I would need.” By Confucius’ standards, Colby was a treasure trove of real knowledge.

To his credit, Colby did a competent job of gathering historical data, and he connected with a number of decent sources for interviews and perspectives. But the author ultimately comes off like an arrogant White man. That is, he seems to believe three years of limited immersion qualifies him to speak on issues with credibility and authority—and that concepts new to him are groundbreaking for the rest of us as well.

Part 3—Why Do Black People Drink Hawaiian Punch?—focuses on Blacks in the advertising industry. The subject matter allegedly has personal interest for Colby, as he labored roughly nine years as a copywriter for various New York agencies. It wasn’t clear if Colby ever handled traditional advertising, as he claimed to have spent much of his time in digital departments or digital shops. And it’s safe to say he never served in minority agencies. The sentences above support the opinion that Colby holds little expertise about Madison Avenue and its Black executives.

To repeat, Colby showed competence in gathering historical data. But nearly every factoid in Part 3 could have been lifted from Madison Avenue and the Color Line by Jason Chambers and/or Advertising Age archives. Plus, Colby’s obsession with tying the trials and tribulations of Blacks on Madison Avenue to the political maneuvers of former President Richard Nixon is confusing and crazy.

Armed with previously published historical data, a handful of conversations and a fetish for Dick Nixon, Colby proceeded to tell it like it is. Yet the original positions in Some of My Best Friends are Black mirror his Slate columns and Ad Age discussion—that is, it’s a bunch of uninformed, incomprehensible pap. The author exhibits the classic symptoms of White Privilege as documented in Corporate Tribalism by Thomas Kochman and Jean Mavrelis. Colby is still only a few clues beyond cultural cluelessness.

Yeah, the man deserves to be commended for trying to gain enlightenment. Indeed, if the typical Madison Avenue executive copied Colby, the industry would be significantly closer to legitimate progress. And it would be awesome if Colby continues his quest for cultural competence and becomes a bona fide crusader for the cause—or minimally is able to honestly declare the title of his book applies to his life.

For now, Tanner Colby is The Great White Dope. 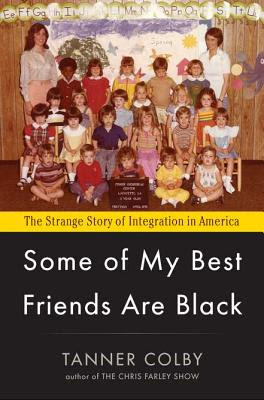