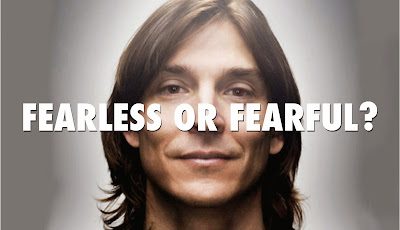 Advertising Age reported Alex Bogusky is launching a new White advertising agency—Fearless—with a socially-conscious angle. It’s not the first time the former Crispin Porter + Bogusky honcho has dabbled in such do-gooder pursuits. Yet will Bogusky ever consider focusing his advocate spirit towards addressing the dearth of diversity in his own industry? In the end, change will only occur when Whites become thoroughly involved in the process. To tackle the issue, leaders like Bogusky don’t need cultural competence; rather, they need complete fearlessness.

The shop will focus on helping “socially-minded corporations, foundations and non-profits develop 360 degree campaigns while providing the added value of a built-in millennial audience through Fusion’s television, social and digital platforms,” according to a press release.

The Wall Street Journal reports that Mr. Bogusky has used the word “fearless” before:

Bogusky has used the name Fearless in other ventures and said the name has generated a strong reaction to it in the past.

Since Mr. Bogusky left his namesake agency CP&B in 2010, he’s been involved in a number of projects. He also renounced advertising at one point. Last year, Mr. Bogusky launched startup accelerator Boomtown in the hopes of identifying and supporting new internet, mobile and software firms that operate primarily in the media, marketing and ad tech industries.

He's being an expensive, exclusive test rabbit. Disney and Fusion are worried because millennials are shifting over to digital, and there's no way to track how they're viewing content.

So, in steps the all-white Bogusky team to funnel PSAs through Fusion. They track the numbers and effectiveness and voila, Disney and Fusion go back to their shareholders with solid evidence.

How many US minorities will make up part of Bogusky's team, sucking money and resources from the minority TV trough?

You can base that on his commitment to diversity and US minorities in the past.