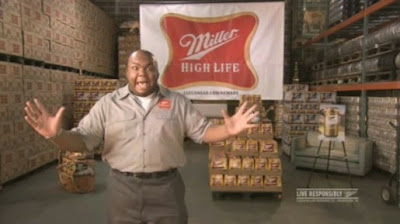 Windell Middlebrooks, who appeared on TV shows including Body of Proof and Cougar Town, along with Miller High Life beer commercials, has died. He was 36.

No cause of death has been released. TMZ reports that he was found unconscious at home in the San Fernando Valley on Monday.

In a statement, Middlebrooks’ family members said that “with sorrowed hearts” they were announcing “the passing of a young, black star” who had exited the stage with “great joy.”

“It was Windell’s biggest wish that his final scene not be lived on social media,” his family said, asking for privacy.

The Fort Worth-born Middlebrooks has a part in the new Adam Carolla film Road Hard.

“In all my years, I’ve never known a kinder soul, and he will be dearly missed by all of us who knew him,” Ivey said.

Matthew Gross, who executive produced Body of Proof told Deadline.com that Middlebrooks was “an incredible human being. Most people know him as the “Miller Delivery Guy,” but for those who had the privilege of truly knowing him, knew Windell Middlebrooks was an inspirational humanitarian, a family man, artist, dancer, entertainer and one of the funniest people on this planet.”

He added, “Have you laughed until it hurt? That was Windell. He was kind, sweet and infectious; he lit up a room upon entering it and charmed and endeared everyone in it.”