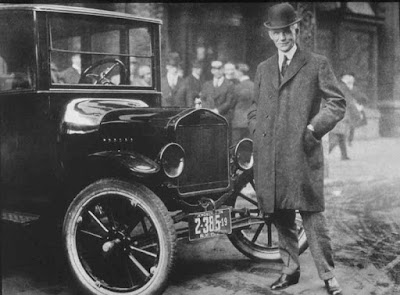 In April, shortly after WPP Founder Sir Martin Sorrell resigned from his overpaid position, Adweek reported longtime client Ford launched a global creative review. To close out August, Advertising Age and Adweek reported Wieden + Kennedy will drive the automaker’s upcoming Fall brand campaign. Looks like Sorrell managed to make a clean getaway from the inevitable car wreck—and he sped off without the services of his disgruntled ex-chauffeur to boot. To recap, Sorrell erected a White advertising agency to exclusively service the Ford account. The build-a-shop tactic has not been overly successful, as evidenced by Enfatico and Cavalry. It underscores how holding companies have ultimately fueled the commoditization of creativity, where sister shops within networks are generic and mediocre clones. And it’s no surprise that a clearly superior creative shop like Wieden + Kennedy—which is independent, incidentally—can beat the typical holding company competitors. The only other sure thing is that minority advertising agencies will not play a major role or receive much press in this scenario—especially if former Team Detroit COO and current Ford VP Mark LaNeve is involved at all.