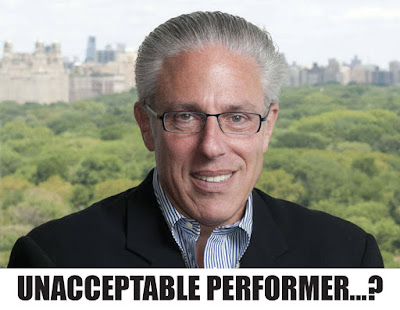 Adweek reported on MDC Partners CEO Scott Kauffman’s inevitable “stepping down” after three years on the job—to which the industry responded with a collective shrug. Kauffman assumed the role after predecessor Miles Nadal was exposed as a multi-million-dollar crook, and things sorta went downhill from there. For example, Kauffman announced the holding company’s “unacceptable” 2018 Q1 results, leading to the firings of top executives just before the Q2 report. Plus, some of the most scandalous lawsuits involving sexual harassment happened under Kauffman’s watch. Regarding diversity in advertising, however, Kauffman talked tough and appeared to be a potential proponent for change. “I’m intolerant of intolerance,” declared Kauffman. “We are on a journey that is not going to end, at least as long as I’m on this planet.” Well, he’s still on the planet, but no longer with a position of power in the ad world.

MDC Partners CEO Scott Kauffman Is Stepping Down After 3 Years

Board of directors begins search for new chief

Scott Kauffman is stepping down as chairman and CEO of MDC Partners, roles he has held since 2015. Kauffman previously served as presiding director of the board, beginning in 2006.

The board of directors has started a search for a new chairman and chief executive and entered into a succession agreement with Kauffman, who will step down by the end of the year. He will remain on MDC Partners’ board through the end of his current term in June 2019. Prior to the succession, Kauffman will continue to receive his base salary and benefits but will not be eligible for an annual bonus for the 2018 calendar year or any additional incentives. Within 60 days of the succession date, he will receive a lump sum payment of $3,600,000.

“We appreciate Scott’s efforts to lead MDC during a challenging transition time for the Company and the industry,” Larry Kramer, chairman of MDC’s HR & compensation committee, said in a statement.

Kramer stated that Kauffman has advanced MDC Partners’ “offerings in data and technology, demonstrated a commitment to diversity and inclusion and put in place a foundation that we believe sets our agencies up for success going forward” and that “his commitment to stay on as we conduct this search ensures continuity and stability for our agencies, our talent and our clients as we begin our next chapter.”

“As we look ahead, our board is fully committed to creating and delivering value to our shareholders,” he added. “The person we identify to lead MDC going forward will share that deep commitment, with a focus on delivering the most innovative and creative business solutions to our growing client roster.”

“This is the right time for me to transition back to the board, and I look forward to supporting our partners, the executive team and my colleagues throughout this process to ensure that we have the stability and continuity necessary for success,” Kauffman said.

The move follows MDC Partners reporting “poor” results for the first half of the year in an August earnings call, which was accompanied by a promise to reduce costs. It also comes in the wake of the July departure of CMO Bob Kantor and other corporate executives. In May, MDC Partners’ stock fell 35 percent in the wake of a first-quarter earnings report that Kauffman called “unacceptable.”

Last February, Goldman Sachs invested $95 million in the company three months after its stock dropped 60 percent upon news that it would not hit its quarterly revenue goals.

Kauffman succeeded company founder Miles Nadal, who resigned amid a 2015 SEC investigation into his finances and later agreed to repay more than $20 million.