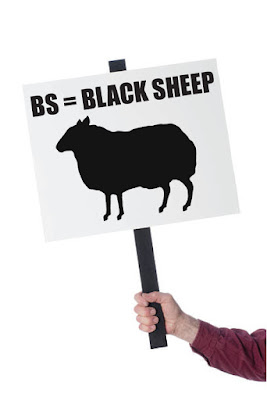 Advertising Age reported SAG-AFTRA called for a strike against BBH after the White advertising agency cut its ties to the actors union. Ad Age wrote that BBH argued the SAG-AFTRA contract “was outdated and not adapted to a digital-first environment.” Um, couldn’t that statement also be applied to any White advertising agency, including all BBH offices in the U.S. and beyond? It’s still odd how BBH can get away with its statements and actions when no other shops in the Publicis Groupe network have joined the contract rejection. Plus, are BBH clients approving the move? Seems like the strike is too narrowly targeted. Maybe the SAG-AFTRA could add grievances by accusing BBH of underutilizing actors of color.

The national board of actors union SAG-AFTRA voted unanimously today to authorize a strike against BBH. The union is instructing its members not to work for the agency, which employs on-air talent in its work for clients like Sony, Amazon, Google and Netflix. Among other complaints, SAG-AFTRA has accused BBH of paying as little as $150 to union members who auditioned with a live bear, according to Variety.

The move comes two weeks after BBH itself ended its nearly 20-year relationship with the union. “BBH’s decision to abandon their commitment and responsibilities to our collective bargaining agreement by shooting non-union is not only unethical, it undermines a working actor’s right to fair wages, health care and on-set safety,” said SAG-AFTRA President Gabrielle Carteris in a statement Thursday.

For its part, BBH says the agreement was outdated and not adapted to a digital-first environment, where social media personalities can often make more popular content than paid performers. The agency “is not well-served by a contract that was designed for a traditional media landscape,” BBH posted earlier this month in an open letter to “the talented actors” who work with it, noting that “many of our peer agencies are not signatories, making it hard to compete sustainably in a way that benefits our clients.”

In response, SAG-AFTRA has pointed to options like the Low Budget Digital Waiver, which excuses agencies from minimum rates on productions under $50,000.

The last agency to feel the full wrath of SAG-AFTRA was Droga5 in 2015, when the union called out the agency for exploitation of talent, a charge Droga5 denied. The independent shop has never been a signatory to a contract with the union. Neither have agencies like 360i, 72andSunny, R/GA and Anomaly.

The strike is in effect only for BBH and does not include other Publicis Groupe agencies like Saatchi & Saatchi and Leo Burnett. BBH did not immediately return a request for comment.