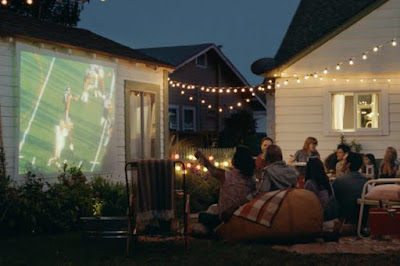 Advertising Age spotlighted the new campaign to kick off Pizza Hut becoming the official pizza of the NFL, a title formerly held by Papa John’s. This is like Curly replacing Shemp. The lead commercial—“Lines”—seems to be a counterpoint to John Schnatter’s cultural death spiral, presenting a patronizing pizza party topped with diversity, inclusion and plenty of cheesiness. The responsible White advertising agency is Goodby Silverstein & Partners, which adds an extra layer of hypocrisy to the pie. Pizza Hut Chief Brand Officer Marianne Radley gushed, “The tone of it and the message that’s coming across is something that’s been part of our brand values for years.” Okay, but how did the recent campaign featuring Italian stereotypes reflect the brand values? Plus, the pitch where GS&P won the business starred a standard, exclusive collection of White advertising agencies. Sorry, but Pizza Hut’s dedication to diversity and inclusion is just a bunch of lies lines.

Less than a week after Nike tackled racial diversity head on with an ad featuring former National Football League player Colin Kaepernick, who began the movement to kneel during the national anthem, Pizza Hut is broaching the subject—a whole lot more lightly.

Unlike the reaction that greeted Nike, it’s doubtful the spot will generate any controversy for Pizza Hut, which is just beginning its first season as the official pizza of the NFL. That’s a designation it took over from Papa John’s after its now-departed founder John Schnatter blamed the league’s handling of player protests during the anthem for its weaker pizza sales.

Pizza Hut Chief Brand Officer Marianne Radley said the company hopes to use the first weekend of football season to spread a positive brand message. While the Pizza Hut ad doesn’t carry the NFL logo — more on that in a bit — it is clearly meant to deliver a message of unity to the 70 percent of Americans who identify as NFL fans.

The new spot, called “Lines,” a 30-second ad from new agency GSD&M, is set to run during every NFL game this weekend, and during some college games the following weekend, Radley told Ad Age on Thursday.

The spot begins with shots of various football moments as a voice-over mentions the line of scrimmage, goal lines and yard lines. Then the message is delivered, on cue, as a guy gets his pizzas delivered. The voice-over says, “If we look beyond the lines, all that’s left is common ground.” Then a gathering of people, from various ethnicities, happily eat pizza while watching football.

“It just creates a little bit more of that emotional reason,” Radley says of the spot. In other words, it takes just a hint of a societal stand.

The Pizza Hut ad, set to run during the first quarter of tonight’s game between the Atlanta Falcons and the Philadelphia Eagles, came together in about a month as a way to promote the work the company is doing on its “brand purpose,” says Radley. Cut downs will also run on social media.

The new spot is meant to complement Pizza Hut’s fall football campaign and share more about company values such as inclusiveness, unity, fun, and getting people together. “Let’s keep it simple, it’s about pizza and football,” she says. “We think pizza is something everything can agree on.”

Of course, it also lands weeks after Schnatter’s use of racial slurs became public and forced rival Papa John’s into PR overdrive. “It was definitely something we listened to and thought of,” Radley says.

With so much conversation about differences, she said, the time was right to focus on similarities. And for those customers who might want to switch chains, Pizza Hut is offering competitors’ customers a free pizza after they join its rewards program and make a purchase.

“We did share the ad with the NFL and it was well received by them,” says Radley.

Still, the spot doesn’t include the NFL shield, which official sponsors can use. Radley says that’s because Pizza Hut wants the values message to play more broadly, not just to NFL fans. The ad is also set to run during some college games the weekend of Sept. 15 (it’s an NCAA sponsor) and is meant to appeal to high school football fans as well.

Radley also showed the “Lines” spot to the Yum Brands chain’s franchisee board, on Thursday morning. “The tone of it and the message that’s coming across is something that’s been part of our brand values for years,” she says.

Those more traditional pizza spots will run throughout the season.

As for the ad that’s likely to keep generating buzz, the Colin Kaepernick spot for Nike, “I think Nike definitely gave this a lot of thought and they decided Kaepernick was the right person to represent their 30th anniversary,” Radley says of Nike’s spot, which commemorates the 30th anniversary of its “Just Do It” work.