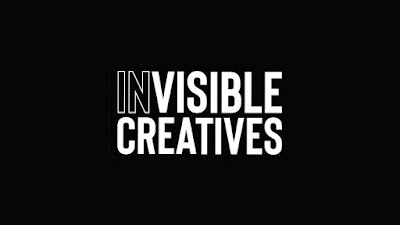 Adweek reported on another divertsity deal—inVisible Creatives—delivering a dazzling database designed to drum up dames for creative roles in adland. Unlike the “Where Are All The Boss Ladies?” program that highlights White women in executive positions, inVisible Creatives uncovers junior, mid-level and senior creative talent. Gee, it’s just a matter of time before somebody targets White female toddlers and embryos for copywriter, art director and creative director roles. The new database is global, so folks can insist it promotes diversity versus divertsity. In the end, inVisible Creatives will likely do little to help the truly invisible men and women being denied access to the advertising industry.

The site, called inVisible Creatives, is claiming to do something its predecessors, including Where Are the Boss Ladies?, didn’t: spotlight junior, mid-level and senior talent, with a particular emphasis on their work.

“We didn’t want to become yet another female group,” Laura Visco, co-founder of inVisible Creatives and a creative director at 72andSunny Amsterdam, told Adweek. “There are many initiatives out there but none of them are actually focused on the work, the ideas. We feel that if we keep on ignoring to talk about work, we keep on feeding the narrative that women are not creative.”

Visco added, “Where Are the Boss Ladies? is focused on management level and we are focused on junior, mid-level and senior talent.”

Mara Lecocq, founder of Where Are the Boss Ladies?, told Adweek she’s completely supportive of Visco and Kramer.

“Similar territories but different audiences,” Lecocq said in an email to Adweek, “inVisible Creatives is mid-level creative-focused and portfolio driven. Where Are the Boss Ladies focuses on giving access to senior executive leaders for women to work for (all departments), or for companies to hire to lead departments and companies. Target is young women looking for role models, versus inVisible Creatives is agencies looking for female doers.”

Visco said her and Kramer’s fire for launching inVisible Creatives ignited when they originally distributed a spreadsheet last year to various agencies and ad groups to fill in with their targeted female talent (currently exclusive to those in creative roles such as copywriters, art directors, designers, illustrators, etc.). At which time, some anonymous person changed the name of the document to “Handmaids”—which, thanks to the widely popular Hulu series A Handmaid’s Tale, everyone knows to mean a female servant.

“That’s actually when we understood that this was a big issue and that we needed to do something,” Visco said.

InVisible Creatives allows industry executives to sift through female creatives by country. So, if you were to go to the U.S. dropdown menu, you’d find profiles of women like Droga5 associate creative director Kia Heinnen, complete with her contact information, biography and of course work examples spanning her photography and campaigns she’s worked on such as “Ask More of Your Phone” for the launch of Google’s Pixel 2.

“We want the database to be focused around the work, and portfolios, with a focus on junior to senior talent, the ones that get very little visibility in general,” Kramer added.

On the main landing page of inVisible Creatives, Visco and Kramer also feature a section called “portfolios of the month,” showcasing several standout portfolios handpicked by industry leaders. This month, Visco said because the “initiative was way too fresh to ask someone else,” she and Kramer curated the list.

Beginning in October, she said the duo will select one curator a month to select up to 10 portfolios to be showcased. Javier Campopiano, FCB Mexico CCO, will be the first curator to select the profiles for next month.

“We are asking different people we know in the industry,” Visco noted. “So far, everyone has been super collaborative and excited to discover new talent and work.”

Visco and Kramer are now looking for agencies and ad recruiters to take a pledge to consider at least one woman in their database for potential job opportunities. Their agencies, 72andSunny Amsterdam and Saatchi & Saatchi N.Y., have signed on.

“This industry so far has been predominantly male, with their own vision of the world,” Visco said. “Having more female leaders will impact the way women get represented in advertising, for the benefit of society as a whole. Ultimately, this industry needs to understand that diversity is not a moral issue. It’s a creative one.”

Nope. Browsing through that list of "invisible" American creatives looking for minority women is an exercise in discovering just how many of them on that list are recent arrival H1B visa holders.

Sorry, great for white women in Spain and Brazil that they're getting more traction for themselves with this initiative, and fabulous for agencies that want to hire women in China, India, Portugal or Nigeria and bring them to American agencies and pat themselves on the back for diversity, but this is another in a