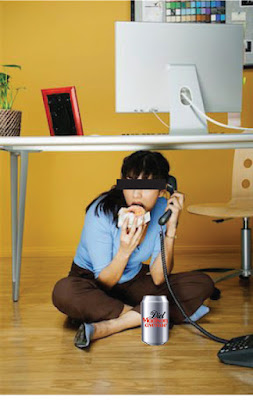 Adweek reported on the latest legal lunacy starring former CP+B CCO Ralph Watson and Diet Madison Avenue. A lawyer representing the DMA crew—courtesy of TIME’S UP—believes the pseudo-whistleblowers won’t lose their anonymity, despite Watson and his legal team serving subpoenas to Facebook and Alphabet (Google’s parent company) for the true identities. At the same time, at least one DMA member is resorting to legal maneuvers allegedly involving seeking additional counsel, presumably to stall matters. No word if the second law firm being tapped by the DMA member will be funded by TIME’S UP—but it’s safe to say the GoFundMe donation drive won’t cover the counsel costs. Whatever. In the end, the DMA crew’s identities aren’t really the main legal point. Rather, the focus should be on deciding whether or not the DMA crew engaged in defamation that led to Watson’s termination. Ironically, the advertising industry has always been skilled at bending the truth and dodging legal accountability—and it looks like DMA is showing its advertising experience.

The next phase in a legal battle that could have ramifications well beyond the ad industry unfolded in recent weeks as Diet Madison Avenue, the Instagram account that rattled the agency world earlier this year by accusing several male executives of sexual harassment, retained a legal team dedicated to defending its members’ anonymity in court.

The case has sparked intense debate about balancing an individual’s right to personal privacy in the social media era with the rights of the accused to defend themselves and use the legal system to out their accusers.

Diet Madison Avenue’s attempt to have a May defamation suit filed by former CP+B CCO Ralph Watson dismissed raises opposing questions: If it succeeds, will other people feel empowered to post unproven accusations against public figures? If it fails, will future whistleblowers be discouraged from coming forward?

One of the lawyers representing Diet Madison Avenue thinks the group is on solid legal ground, despite widespread speculation that its members would be unmasked after the judge overseeing the case approved a request to serve subpoenas to Facebook and Google’s parent company, Alphabet. The ultimate goal of that request was to reveal the identities of the two Jane Does named as defendants in the suit, along with other collaborators behind DMA’s Instagram and Gmail accounts.

“I feel good about DMA’s position at this point,” said A. Louis Dorny, a partner at San Francisco-based law firm Gordon Rees Scully Mansukhani, “strongly” disagreeing with those who think the subpoena will force Instagram and Gmail to reveal the people behind the account. “In layman’s terms, the judge needed to authorize the subpoenas because there had been no appearance by defendants in the court. They don’t have to show up until they’ve been served. Watson is in a precarious procedural posture.”

Get ready for a long legal showdown

Dorny and his partner, Elizabeth Vanalek, made a special appearance on behalf of Jane Doe 1 in L.A. County Superior Court on Aug. 21. They successfully applied to extend the subpoena so their client could seek additional counsel, all but ensuring a lengthy legal showdown. Dorny confirmed that Jane Doe 1 has hired a second law firm but declined to name it.

A GoFundMe page set up to support DMA’s legal defense raised less than $2,000 of its $100,000 goal. But Time’s Up Legal Defense Fund, a network of attorneys and PR professionals established by the National Women’s Law Center earlier this year to handle workplace sexual harassment claims, agreed to take the case, confirmed group director Sharyn Tejani in a statement.

Dorny, who is among a group of more than 800 attorneys who signed up to work with Time’s Up, told Adweek that his firm is handling the defense on a pro bono basis.

Diet Madison Avenue created a firestorm in the agency world in January, when it started publicly accusing prominent men of sexual harassment or other offenses with varying degrees of specificity. The original Instagram account accumulated more than 15,000 followers, and its posts preceded or coincided with the firings of top executives at Wieden + Kennedy, Droga5, Publicis and other agencies. The account shut down immediately after news broke of Watson’s lawsuit. (Soon after, a new account with the same name went live.)

The anonymous people behind the account earned support from those who said they were helping expose a longstanding undercurrent of misogyny in the advertising industry. They also drew the ire of critics who questioned the legality of the claims, most of which were posted with no supporting evidence or named accusers.

Will Diet Madison Avenue be revealed?

In May, Watson sued DMA, along with the two Jane Does, for defamation over a January Instagram Stories post that described him as a “predator” who had “targeted and groomed” young women. He later filed a second suit against his former employer and its parent company, accusing them of wrongful termination and reverse sex discrimination.

Dorny, the lawyer for Diet Madison Avenue, said “defamation cases are very hard” to prosecute in California and elsewhere. “You need very specific facts, and here I don’t think Mr. Watson has them. He has dressed up a complaint that he wants to be an online defamation compliant, but like so many cases, [it is] in fact a pretext to spook people into silence—and that’s not going to happen here.”

He said the legal team representing Jane Doe 1 will bring a motion to quash the subpoena this week. If successful, it would prevent Facebook and Alphabet from handing over the names and addresses associated with the Diet Madison Avenue account. Dorny said he hopes the judge will act to “protect the identities of people exercising their constitutional right to speak and to speak anonymously.”

Attorney Michael Ayotte, who represents Watson, believes there’s precedent for the court to honor his request to name the accusers. He cited language from Judge Monica Bachner’s order, which stated that Ayotte had good cause to request the subpoena and “demonstrated a prima facie case of defamation,” conditionally sufficient to “compel disclosure of the identities of the anonymous individuals behind Diet Madison Avenue.”

“The issue has already been resolved and no valid grounds exist to quash the subpoenas,” Ayotte told Adweek, speaking on behalf of himself and his client.

Dorny confirmed that his firm “has had communications with Facebook, Instagram and Google” but declined to elaborate. The social platforms themselves didn’t have much to say.

“We respond to valid legal requests but don’t comment on specific cases,” said an Instagram spokesperson, who directed Adweek to its terms and conditions page. Google representatives did not respond to an email requesting comment.

A spokesperson for CP+B declined to comment on the case. Adweek sent a direct message to Diet Madison Avenue’s existing Instagram account but has not received a reply.