14598: Random Ruminations On Racism In Advertising. 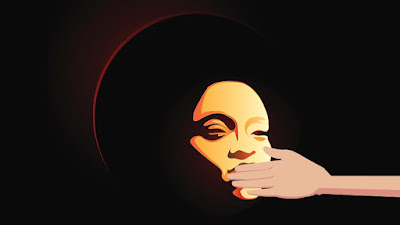 Change needs to happen on both the agency and client side

Over 100 years since the creation of the Aunt Jemima mammy logo, you’d hope that brands would have moved on from using racist stereotypes. Yet in 2019, during Black History Month, we witnessed one of the world’s biggest luxury brands launch an $890 blackface sweater. After getting blasted on Twitter and being forced to remove its deeply offensive sweater from stores, Gucci then made the jaw-dropping statement that it didn’t know blackface images were racist.

Advertising has a long history of racism. In the rare cases that black people were portrayed in ads, they were invariably depicted as subservient, ignorant and unattractive. From the late 1800s when African Americans first started appearing in advertising and through the Mad Men era, they were negatively stereotyped or ridiculed. Products used cartoonish images of black people, and bleach and soap brands, like Pears, “jokingly” claimed their products could lighten dark skin.

The advance of the civil rights movement and the growing recognition that ethnic minorities were also consumers brought more diversity, with Lever Brothers announcing in 1963 that it would have more black people in its commercials. In 1972, J. Walter Thompson had a black Santa Claus fronting its campaign for its Instamatic Ebony camera, a move that was seen as progressive at the time. In the 1990s, the pioneering United Colors of Benetton ads championed diversity in fashion. This paved the way for advertising like Louis Vuitton’s latest menswear campaign, under its first African American designer, Virgil Abloh, which features a black toddler and black students at a Los Angeles school.

More brands are embracing diversity, and we’re seeing work that moves the conversation on. The hugely entertaining Old Spice “The Man Your Man Could Smell Like” starring Isaiah Amir Mustafa, is one example. Ikea’s “Hooray! To the Wonderful Everyday” campaign in the U.K., which centers on a positively represented black family, is another. Yet we’re still very far from an era of post-racial advertising.

Black people still appear more regularly in advertising for sports brands than any other category, which is a reductive and dangerous cliché. Both under-representing the black community and portraying them in a stereotypical way has a profound effect on the collective self-esteem. It creates feelings of isolation and impacts self-belief. If you can’t see anyone who looks like you in the media, your thinking will inevitably be limited in terms of what you can achieve.

In addition, as we saw with the Gucci sweater, brands continue to make disturbing missteps. Dove’s 2017 campaign showing a black woman transforming into a white woman was an eerie echo of those vintage soap ads depicting dark skin turning white.

Today, black culture holds such huge sway that it can no longer be ignored. We’ve seen brands like Tommy Hilfiger benefit from associating with black culture. Tommy Hilfiger first began its unlikely relationship with hip-hop in the 90s when musicians began wearing the label. The brand then gave away trunks of clothes to any rapper with a recording contract. This, in turn, triggered a backlash when rumors circulated that Hilfiger was racist, rumors that were subsequently investigated by the Anti-Defamation League and found to be without merit. Despite this, the brand has maintained ties with hip-hop, an association that gives it the status it enjoys today.

We won’t get to the point where diversity is the norm in advertising and racist stereotypes are abandoned until there are more black people and minorities working in and occupying senior positions in our industry. According to the Bureau of Labor Statistics, people who identify as African American or black account for only 5 percent of those working in advertising, public relations and related sectors.

Clients are also to blame. So many marketers choose white people to represent their brand over any other ethnicity, fearing their target audience won’t be able to identify with someone from another race. It’s a bizarre mindset that doesn’t manifest to the same extent in TV and film, and it is preventing us from moving forward.

On both the client and agency side, advertising needs to bring in all the diverse talent that is available, in front of and behind the camera. Then—and only then—can we begin to solve advertising’s race problem.