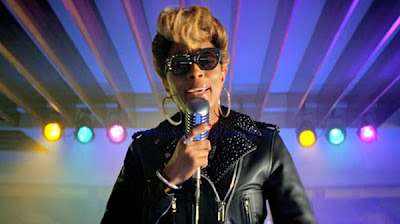 ‘My heart dropped down to my stomach,’ says singer

Mary J. Blige is speaking out for the first time about the stir surrounding her controversial Burger King commercial that leaked in April.

Appearing on Hot 97’s Angie Martinez show on Thursday, the R&B star talked about the fallout from the ad and asked for forgiveness from her fans. “I want to apologize to everyone that was offended or thought that I would do something so disrespectful to our culture. I would never do anything like that purposefully. I thought I was doing something right. So forgive me.”

In the Burger King commerical, which leaked back in April, Blige sang about a fried chicken wrap to the tune of her song “Don’t Mind.” The ad was widely criticized for playing into African-American stereotypes, and the fast-food chain quickly pulled the commercial, citing music licensing issues. Soon after, the company issued a public mea culpa to Blige: “We would like to apologize to Mary J. and all of her fans for airing an ad that was not final. We know how important Mary J. is to her fans, and we are currently in the process of finalizing the commercial. We hope to have the final ad on the air soon.”

On Thursday, Blige recalled seeing the leaked version of the ad for the first time. “Oh my God, my heart dropped down to my stomach,” Blige told Martinez. “I got this sweat and I said, real calm, ‘This too shall pass.’ But it just kept getting worse and worse and worse … I went online to listen to the remix I did with Fat Joe, and all I can see is ‘Burger King’ and ‘chicken’ and ‘buffoonery.’ It just broke my heart.

“I would never just bust out singing about chicken and chicken wings,” added Blige. “It hurt my feelings and crushed me for two days.”

Explaining why she’s remained silent about the ad until now, Blige said, “There was too much going on for me to stick my head out there and say anything. So I just pulled back and watched everyone and everything.”

Blige added that she was originally sold on the idea that she would “be shot in an iconic way” for the ad and that she’d seen it as “a great branding opportunity.” She also said that while she understood the jokes about the spot looking back, the experience also showed her who her real friends were. “Busta Rhymes hit me and he was like, “Are you ok, sis? I see what you were trying to do,’” recalled Blige. “Fat Joe hit me; he was like, ‘Yo, we don’t care about that stupid chicken commercial or whatever. We love you, Mary, and we know what you were trying to do.”’

Still, Blige said, “It was a mistake when you look at it at the end of the day, because people look at it as a mistake. But I did it because I thought it was something that wouldn’t come out like that.”

At the end of the day she got paid.
A white company paid a black artist, and she sold out to make a buck. Mary isn't stupid, she read the lyrics to the song, then she sang the song and cashed her check. No different from the white run Music Companies getting black rappers to rap songs about shooting their own people and degrading their own people. Another fail by the black community.