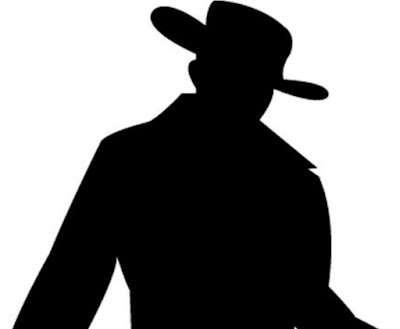 A recent installment of The Confessions series at Digiday spotlighted an “agency diversity exec”—or diversity pimp, as Sanford Moore once categorized such individuals—discussing the state of affairs in adland. Actually, the confessor is described as “a black agency employee who has led diversity initiatives within agencies,” which probably means the person is not a Chief Diversity Officer. And the confession reads like an insider gripe from someone who has been delegated diversity versus an inside look from someone charged with diversity duties and in charge of a diversity budget. Nonetheless, it’s an entertaining—albeit familiar—perspective worth perusing and pondering.

Confessions of an agency diversity exec: ‘The needle hasn’t moved’

Much has been said about the lack of diversity at agencies. Still, even with all that talk, change hasn’t been obvious or transparent. For this edition of confessions, in which we exchange anonymity for candor, we spoke to a black agency employee who has led diversity initiatives within agencies who says that there is a lack of transparency when it comes to agency diversity initiatives.

There’s a lot of lip service from agencies around diversity initiatives. What would you say the actual state of things is?

There are initiatives out there. But too much of the weight of diversity initiatives is all about bringing talent in and not about cultivating the talent that we already have. By cultivating the talent that we already have, it can give this talent the opportunity to actually be successful and move up in the ranks in this business. You name the agency and you go to the leadership page [of the agency’s website] and it either looks like the Backstreet Boys or the Spice Girls. There are very few leaders of color from all of these agencies. It’s almost like there’s no shame in that. That’s the part that I find most discouraging as an employee of color is that there’s absolutely nothing that’s aspirational for me. I can’t see myself in the straight-white-man leader or the straight-white-woman leader. That’s not aspirational.

So even if some agencies do have employees of color, they aren’t often leadership positions?

Agencies can say, “yeah, we’re pretty diverse,” but then [it changes] when you try to get them to break down percentages of people of color, percentage of black people, this percentage of Latino people, Asian American. If we’re talking about women, how many women of color? How many of them are in major decision-making roles? You saying, “Oh well, you know the office is about 55% women.” That’s great. But how many of them are actually calling the shots?

Is that where you think there’s a real lack of transparency, in sharing specific numbers?

There’s a huge lack of transparency. Those percentages that I just told you about? No agency gives those out for public consumption. That’s why the advertising industry is losing so many people to the technology industry. The technology industry, Apple, Twitter, Facebook, Google, even smaller tech companies, they are so transparent to their diversity dilemma that they put their numbers out there for the world to see. I personally respect that because at least they’re like, look, this is how bad it is and we’re going to work on this.

What do you think the agency world should be doing about it?

Transparency is just the start. You put all this information out there. Now come the action and the execution. Agencies are so good at the lip service, at pointing out the problem, but when it comes to actual action to fixing the problem? It’s very slow if it’s happening at all. Agencies need to be dissecting exit interviews. They need to look at why people are leaving. Let’s figure why they are leaving so the next person that we bring in won’t have those reasons to leave.

Many agencies have added chief diversity officer positions. Is that helping?

You would think with as many great programs and initiatives that are out there that the needle would have moved. The needle hasn’t moved. The number of young people of color who want to be in this industry has never been higher. They all want to be in advertising, even despite the fact that they don’t see anyone that looks like them in the upper echelons of leadership, they still want to do it. When they get in, then it’s this huge culture shock because they have no one who can empathize with their journey, no one who can sympathize with their journey.

Why is transparency so important to drive change?

It’s that hard sometimes to get people to understand the importance of all of this. This is not a matter of “oh, we want white men or white women out the way.” No, no, no. We just want to share the space. We’re just saying there’s enough sunshine for all of us to feel it on our faces.

Nothing worse than these black diversity officers and culture officers. They are quick to sell their own race out for a few crumbs off white daddies table.