15259: The One Club Should Be Clubbed For Hypocrisy. 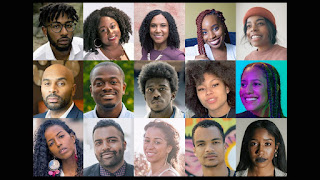 Adweek published a long fluff piece on The One Club and its efforts to be viewed as more than an awards machine. The organization has expanded the philistine philanthropic initiatives to champion diversity, supplementing Where Are All The Black People (didn’t the annual soiree officially get renamed Here Are All The Black People at least seven years ago?) with more heat shields—including schooling and mentoring programs. Gee, nice to see that a group most known for holding the highest standards for creativity failed to come up with an original idea to address the industry’s exclusivity, lazily settling on contrived and clichéd “solutions” that have historically failed to foster change.

What’s even more pathetic is that The One Club positions itself as a nonprofit. Sorry, but how the hell does an advertising awards enterprise gain such status? A nonprofit doling out Gold Pencils is like a food bank only serving filet mignon, no?

If they presented awards for hypocrisy, The One Club would—ironically—earn a Black Pencil. No contest.

The organization showed it does more than simply dole out awards

Kevin Swanepoel, CEO of the One Club for Creativity, thinks the organization he leads has a bit of an image problem.

Despite being behind events such as Where Are All The Black People, an annual multicultural career fair that’s run for more than 10 years, Swanepoel said he still believes many in the industry solely view it as an awards hub.

“One of our biggest frustrations as an organization is [that] it’s so misunderstood that the One Club is just awards,” he said.

To be fair, it’s true that its long-running One Show and ADC Awards are the One Club’s bread and butter. But this year, perhaps more than any other, the One Club proved that it’s capable of much more than organizing juries and hosting lavish awards galas in New York.

Throughout 2020, the One Club, which positions itself as a nonprofit dedicated to supporting and celebrating the “success of the global creativity community,” has leaned into the year’s challenges with a proactive mindset that’s helped it contribute solutions to some of the industry’s biggest problems.

For instance, in response to the nation’s racial reckoning, it worked with Spotify creative director Oriel Davis-Lyons to build One School, a free, 16-week portfolio program for Black creatives.

Later in the year, it collaborated with Seattle’s School of Visual Concepts to debut 2nd Skill, a virtual nine-month bootcamp geared towards creatives who may be struggling to find work or looking to “future-proof” their careers.

Swanepoel claims people in the industry have “sat up and noticed” the One Club’s efforts, especially in a year where many organizations have pulled back or struggled to stay afloat.

“I’ve got some really heartfelt emails from very senior people in the industry,” he said. “For me, that is so heartwarming because it means that people are taking notice of what we are about.”

Applications for 2nd Skill close on Jan. 17, so interest in the program remains to be seen. But the One School, which launched in July, has experienced overwhelming demand, so much so that the One Club is currently working on ways to continue expanding it in 2021.

The One School initially accepted 15 students in its inaugural fall course, which began in September. Shortly afterwards, the One Club expanded the virtual school to the West Coast to allow for more students. According to the One Club, 30 students have already completed the fall course, and it plans to graduate even more next year as it widens its footprint.

Yash Egami, vice president of content and marketing at the One Club, said the school was created to stop agencies from claiming they can’t find Black creatives.

“The tired expression is, ‘we don’t know where to find talent.’ By creating this pipeline, we are saying, ‘there’s no excuse,’” Egami explained. “We are helping this talent and helping agencies identify this talent. We’re not solving the problem, but we’re helping agencies solve that problem.”

Bob Isherwood, professional development director at the One Club, said the nonprofit also reached out to applicants who didn’t make the cut this fall and invited them to participate in a six-week mentorship program. Isherwood said 79 Black creatives took part, receiving guidance from mentors at agencies including DDB, McCann and R/GA.

Participants worked on two briefs throughout the program. According to Isherwood, the hope is that they can use said briefs if or when they choose to reapply to One School.

“We didn’t have to do this; it cost us a lot of time, energy and manpower. But it was the right thing to do,” Swanepoel said of the mentorship program.

Like many organizations, the One Club had to take its events online this year due to Covid-19.

Creative Week, its annual New York event during which it hosts panels and ceremonies for its awards shows, typically takes place in May. In April, the One Club announced that it would turn Creative Week into a monthlong streaming event instead this year.

Where Are All The Black People also went virtual this year. In past years, it’s been open to 1,100 people at New York’s Convene venue; this year, the online version attracted more than 3,000 attendees globally, the One Club said.

Swanepoel said moving these events online has opened his eyes to the “power of digital transformation.” Moving forward, he said he sees a “hybrid model”—one in which in-person events include a virtual element as well—becoming the One Club’s new norm.

He said the year’s rapid shift to virtual environments is also partly why it was able to pull off One School and 2nd Skill so quickly, as neither require a physical space for learning.

Looking back on 2020, Egami pointed to a few reasons why he thinks the One Club has managed to innovate and provide resources during such a trying year. For starters, he said the fact that roughly only 30 people work for the One Club keeps it nimble.

“When we have to pivot because of things that happen, we’re able to do so pretty quickly,” he said.

Egami also said the One Club’s status as a nonprofit helps it avoid approval processes and layers common at for-profit entities.

“It actually makes some of the decision-making easier, because we’re not answering to shareholders. We’re not always talking about the bottom line,” Egami shared.

Swanepoel said he expects award entries, which he said typically accounts for 70% of the One Club’s revenue, to go down next year as agencies impacted by the pandemic continue to trim costs.

“I think agencies and brands are very selectively entering what they’re going to spend their money on so that they can get the best return on investment,” he said. “We believe next year is going to be incredibly difficult for all awards shows.”

Even so, he said the One Club has the resources to “weather the storm.” And Egami said that the programs it’s debuted this year have helped the nonprofit identify new revenue streams.

“Because of all these other programs that we’re doing, we’ve diversified our business, so it’s not all dependent on just awards entries,” Egami said. “We are going to feel the impact, but it’s not going to be as devastating as some other organizations.”
Posted by HighJive at 5:36 PM