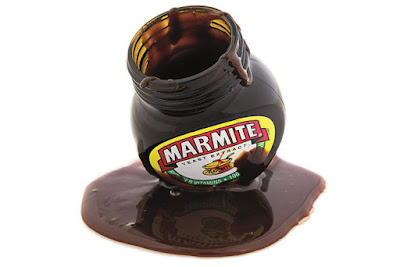 Campaign reported Unilever conducted an experiment on its executives and executives at its White advertising agencies that allegedly resulted in a 35% reduction in unconscious stereotyping—all tied to the advertiser’s Unstereotype propaganda. A Unilever spokesperson claimed the project should yield “a richer and more inclusive understanding of our audiences to show up in our creative briefs, which we then expect to translate into the work.” If Unilever were really serious about this bullshit, better results could be delivered by simply demanding its White advertising agencies transition to a staff featuring 35% minority representation—versus the current <3.5% ratio.

Findings will be used to help shape the FMCG giant’s creative briefs.

Unilever has carried out a DNA analysis experiment around its Unstereotype initiative that has delivered a 35% reduction in unconscious stereotyping and a 27% increase in original thinking.

The brand’s Unstereotype commitment, launched in 2016, aims to eliminate harmful and diminishing portrayals of people across advertising.

This latest insight aims to show how DNA analysis can disrupt the way people approach diversity.

A study, carried out by academic researchers from University College London, combined DNA analysis from 63 advertising and marketing professionals from across Unilever and its agency partners, which work across 12 of Unilever’s global brands. This was then combined with the results from a workshop on behavioural change, attended by participants.

The experiment was based on the assumption that DNA testing would challenge those involved in the experiment to explore their own sense of identity and broaden the way they see themselves, prior to the workshop.

Aline Santos, executive vice-president for global marketing and chief D&I officer at Unilever, said: “Becoming conscious of our blind spots and the biases that are holding us back is fundamental, but unconscious bias training has its limitations.

“We’ve piloted this experimental approach in partnership with University College London — coupling DNA analysis with an immersive workshop to support a deeper understanding of how and when the brain stereotypes — and measured its impact.”

UCL professors used the workshop to focus on a deeper understanding of how and when stereotypes are learned and the brain mechanisms that govern them, with the aim of helping participants to shift to more unstereotypical and creative thinking.

Those who took part were drawn from across the US, the UK and The Netherlands; they opted in to provide a DNA sample and each took part in pre-assessment to measure the extent of their stereotypical thinking prior to receiving their DNA results.

Santos added that Unilever anticipated “a richer and more inclusive understanding of our audiences to show up in our creative briefs, which we then expect to translate into the work”.

Just when you think agencies can't dodge real diversity enough, they come along with invisible DNA diversity. Mmmmkay Unilever, you keep wearing that nice emperor's suit of nothingness, that accomplished nothing, that changed nothing, that keeps things just as white as you've always liked your status quo.

It's been done - Aeromexico: https://adage.com/creativity/work/aeromexico-dna-discounts/969266