14669: Cannes Goes Back To Cultural Cluelessness. 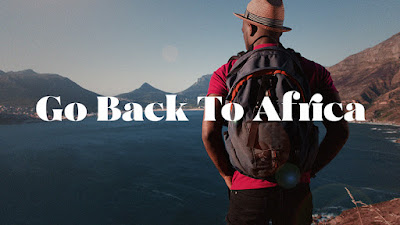 Advertising Age reported the asinine Black & Abroad campaign—with its “Go Back to Africa” stunt copy—nabbed the Creative Data Grand Prix at the Cannes Lions International Festival of Creativity for FCB. The White advertising agency—as well as the Cannes judges—can go to hell.

Both campaigns shared a common theme in that they used data responsibly while also creating a global impact from combining tech and creative to share their respective messages.

FCB/Six’s “Go Back to Africa” for Black & Abroad, a company that specializes in travel experiences for black people, found that once every minute, someone posts “go back to Africa” on social media. The agency was tasked with reframing the way people think about Africa and created a platform that displaces the hate surrounding the racial slur.

Each time someone posted “go back to Africa” on social media, FCB/Six redacted any context and responded with gorgeous images from all 54 countries within the continent, while also using the hashtag “#GoBackToAfrica.” The agency also found that stock-image searches all-too-often returned stock pictures of white travelers, and so it instead posted pictures on Black & Abroad’s website featuring people from countries such as Egypt, Senegal and Kenya.

“It hijacks real hate as it happens in real time and then hyper-targets it with art from African countries,” Yasuharu Sasaki, jury president and head of digital creative, executive creative director at Dentsu, says. “In this digital age we see a lot of negative fake news, but the Grand Prix tackled this issue in a bold, impactful way and changed the message.”