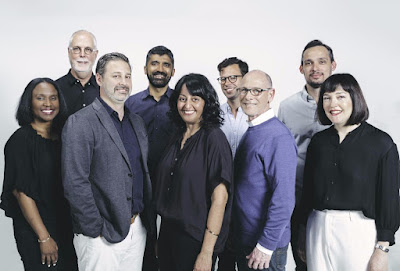 Adweek reported on the latest lunacy at Wunderman Thompson, where new leadershit—oops, leadership—was assembled for the New York headquarters. And what a photo-op picture of divertsity the unveiling ceremony delivered. Adweek stated many of the executives were pulled from Wunderman and POSSIBLE, further diminishing the original JWT persona. For an industry allegedly dedicated to building brands, this scenario underscores the true hypocrisy and lack of credibility at White advertising agencies.

Just over six months after the merger of agency networks Wunderman and J. Walter Thompson, WPP’s Wunderman Thompson has made several executive-level hires and promotions as its New York-based C-suite takes shape.

The team leans toward alumni of Wunderman and Possible, which have become the dominant forces in this coalition.

These eight newly named executives will all report to Joe Crump, who became CEO of Wunderman Thompson’s New York nerve center in March when Possible New York, where he had been managing director, folded into the new organization. Crump, respectively, reports to former Possible CEO Shane Atchison, who rejoined the agency world after a brief hiatus last December as Wunderman Thompson North America CEO.

The leaders include chief experience officer Sherine Kazim, who brings 20-plus years of experience to bear in designing digital experiences and physical spaces. Previous clients and employers include Huge, AKQA, Google, EA Arts and the Obama Presidential Center.

Helder Santo, who became president of Wunderman New York last May, has been promoted to chief client officer. Before joining the agency, he held managerial and account roles at R/GA, mcgarrybowen and Razorfish.

Ingrid Bernstein, who spent 10 years at JWT New York, most recently as executive strategy director, will be chief planning officer. She was a pioneer in the field of digital content at that agency as well as Deutsch and Arnold, and she will use her expertise to help lead client campaigns.

“This is a team of industry stars,” said Crump in a statement. “Each person has a reputation and a track record for helping big, ambitious brands seize opportunities for growth. I am thrilled to introduce such a strong leadership team to the New York market.”