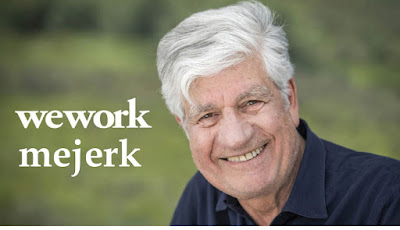 In a reported leak, the real estate company also revealed a plan to turn a profit by 2023

In an all-staff meeting today, WeWork announced that former Publicis CEO Maurice Lévy will be joining the beleaguered real-estate company as interim chief marketing and communications officer, according to reports from Bloomberg and Business Insider.

According to reports, company executives also announced that SoftBank’s Ralf Wenzel and Mike Bucy will be joining WeWork as chief product officer and chief transformation officer, respectively. Matt Jahansouz was promoted internally from his previous role as global head of talent, according to LinkedIn, to chief people officer.

With the four new executives, men fill WeWork’s executive team and board. WeWork executive chairman Marcelo Claure reportedly said the company was committed to adding women executives and female board members in the future. The latest additions were disclosed alongside a new five-year turnaround plan, which aims to have the company cash flow positive by 2023. Claure reportedly laid out six pillars of focus for the company as it moves forward, centered on client experience, profitability and expansion.

This comes a day after WeWork announced 2,400 layoffs–19% of its staff–and weeks after the company postponed its IPO. CEO Adam Neumann stepped down in late September.

Though the company was valued at $47 billion earlier this year, WeWork has yet to turn a profit. It posted a $1.25 billion loss this past quarter.

WeWork did not immediately respond to a request for comment.