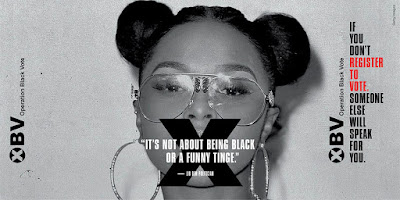 The forthcoming election is broadly seen as one of the most important political events in generations. The campaign’s central message is that if BAME communities, and young people in general do not register to vote, others with often controversial views, will speak for them. OBV is a not for profit, non-party political organisation focussed on voter registration and getting the vote out, political mentoring and nurturing leadership. Its foundations are based on the four pillars of education, participation, representation and equality promotion.

The quotes contain controversial views and statements from politicians which insensitively address issues of race, religion, women, sexuality and climate change. These quotes are brought to life by actors in real life environments such as bars and restaurants, with the film capturing the stunned reactions of their friends.

Okay, but it should be noted that even when featuring real politicians, the White advertising agency opted to use stock photography.

It should also be noted that Black women don’t have a voice or get a vote in White advertising agencies like Saatchi & Saatchi. 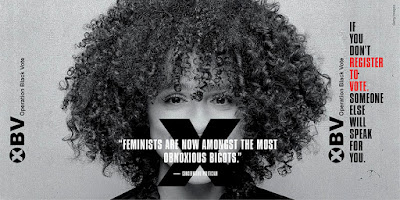 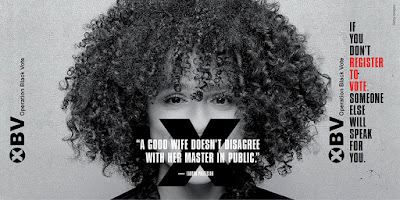