14835: We Are Unlimited Continues We Are Unassembled Operation. 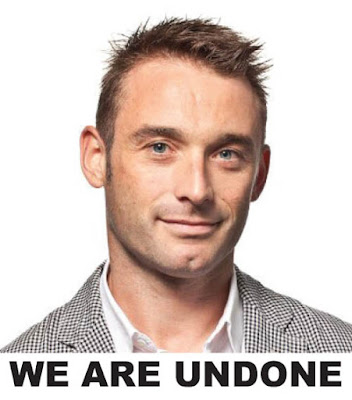 AgencySpy posted that the former We Are Unlimited CEO has been reassigned to head the Unilever business at DDB. Hey, it’s just slightly better than having to say, “We Are Unemployed.” After all, it seems like only two years ago that the White man was named We Are Unlimited CEO, charged with transforming the enterprise into a more sustainable shop versus an exclusive service center for Mickey D’s. Um, it was only two years ago. McMission accomplished…? This scenario truly demonstrates failing upwards—a privilege generously extended to White people in adland. Or, more likely, the reassignment represents a reparations of sorts for having been initially placed into an impossible situation doomed for failure…

Back in September, we learned that We Are Unlimited would be folded into DDB Chicago by the end of the year in the wake of McDonald’s naming W+K as its lead creative agency, continuing to operate under its own name but as a part of the larger DDB agency.

Sources with direct knowledge of the agency explained that as a result of the structural change, We Are Unlimited will now work under DDB Chicago’s leadership team. It’s not exactly surprising then that the chief executive for We Are Unlimited has been given a new assignment within the DDB network.

Mark Mulhern, who has served as We Are Unlimited since the beginning of 2018, is now global business director for Unilever at DDB. Mulhern lists the new role on his LinkedIn page.

Before joining We Are Unlimited in 2018, Mulhern served as eastern region president for iCrossing for around two and a half years. Prior to that, he held roles as business director, Microsoft Office for JWT and senior director, Petcare North America for BBDO.

Now Unilever can follow the McDonald's pattern of redirecting resources from multicultural agencies to all-white hands, creating so-called Total Market Advertising that just really means POC get to dance for the advertising cameras while white teams decide all the creative, pull all the strings, and keep all the ca$h.