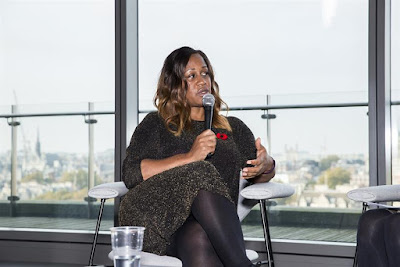 Campaign spotlighted WPP UK Country Manager Karen Blackett, who suggested White people won’t change the industry if none of their best friends are BAME. “When you think about your immediate close companions, when there are times of crisis or success, who do you turn to, go to for advice—is that circle very similar to you?” asked Blackett. “Do they look the same as you, do they have the same background as you? If they are, we’re not doing enough to expand our own minds or expand the industry.” Sadly, Blackett is talking in circles—highly exclusive circles, that is.

Industry leaders should examine the make-up of their own circle of close friends and associates if they are serious about improving the representation of people from black, Asian and minority-ethnic backgrounds in advertising and marketing, WPP’s Karen Blackett said.

She said: “When you think about your immediate close companions, when there are times of crisis or success, who do you turn to, go to for advice—is that circle very similar to you? Do they look the same as you, do they have the same background as you? If they are, we’re not doing enough to expand our own minds or expand the industry.”

Blackett, appointed WPP’s first UK country manager in January 2018 and brought on as the government’s race equality business champion later the same year, was delivering the keynote address at Changing Faces, a Campaign event held yesterday (Thursday) at Sea Containers to discuss the steps that need to be taken to increase the number of people from BAME backgrounds in the industry.

“Diversity is not a problem that we have to fix, it is a solution,” Blackett argued. “It is not a ‘cause’—this is about what we need to do in order to grow our business. It makes business sense because it’s about creativity. When you get lots of people from different backgrounds together, you better solutions and ideas.”

As well as the benefits of having a range of perspectives to creatively driven industries, Blackett pointed out that improving career opportunities for people of BAME backgrounds would benefit the economy as a whole. She referred to 2017’s McGregor-Smith review on race in the workplace that found achieving equality of employment opportunity for people from BAME backgrounds could grow the UK economy by £24bn, or 1.3% of GDP.

At the moment, among 16- to 24-year-olds, the employment rate is 58% for those who are white, but only 33% for those who are black, Blackett said. Meanwhile, just 8% of senior leaders in advertising come from a BAME background, compared with 13% of the UK population—a figure that is likely to have grown since—and 40% in London, according to the 2011 census.

Blackett credited a commitment to diversity as a key driver of the success of MediaCom, where she has been chief executive and then chair since 2011. During that time, the agency has increased its proportion of BAME employees from 11% to 19% and at entry level it is now around 35%. “If I think about the success there and how it has stayed the number one media agency for 10 years, part of that is just diversity of thought,” she said.

Furthermore, Blackett outlined five key behaviours needed for change: leadership, ensuring there is a root-and-branch approach in organisations, commitment from people at the top, shared focus and resources, both in terms of people and money.

“This cannot come in terms of sheer will only,” she said.