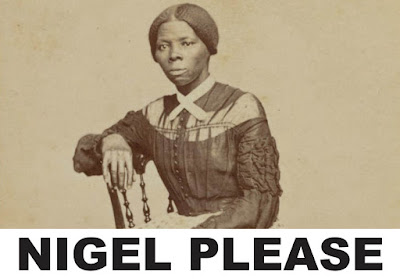 A reference to abolitionist Harriet Tubman by Publicis Sapient CEO Nigel Vaz during a company-wide call was perceived by some employees as culturally insensitive.

Vaz made the statements during a global, all-hands call across the company’s offices on Oct. 28. AgencySpy spoke with three sources who took issue with Vaz’s comments about Tubman, who was born into slavery before the Civil War and led others to freedom along the Underground Railroad.

“I shared a personal story about someone that inspired me as a child, and used a quote from her that I found inspirational,” Vaz told AgencySpy.

The quotation he shared with the staff was, “Every great dream begins with a dreamer. Always remember, you have within you the strength, the patience and the passion to reach for the stars and to change the world.”

“In no way was Harriet Tubman referenced in any other context,” he added.

However, three sources present on the call expressed the view that it was exactly the context of the conversation they found troubling. In the call, which was described as a regular town hall-style agency update, he included a brief explanation of Tubman’s historical significance for those on the global call who may not have been familiar with her as a lead-in to the quote.

After sharing the quote, Vaz expressed his hopes that it would inspire employees as they look to what the agency can accomplish, sources told AgencySpy.

The three sources who spoke with AgencySpy interpreted this as implicitly connecting Tubman as a source of inspiration to the agency’s goals, recontextualizing her words (and, by extension, accomplishments) for the business world, something they felt was culturally insensitive.

“I can completely understand how equating Harriet Tubman’s story to business would be [insensitive]. However, in the context of the conversation I was having, I was referencing her as a personal inspiration from childhood who shaped how I think about the world around me,” Vaz explained in a statement to Adweek. “If my words were misinterpreted, that was not the intention. I believe the experience of Harriet Tubman and of slavery deserves space, respect and care.”

Ironically, the quote that Vaz shared with his staff can’t be conclusively attributed to Tubman. According to author Kate Clifford Larson, who wrote the 2003 biography Bound For the Promised Land: Harriet Tubman, Portrait of an American Hero, “This quote was entirely made up in 2007. There is no documentation, nor historical basis for this quote.”

Publicis Sapient went through a staffing realignment in July, which sources said impacted around 100 employees and was related to financial performance. This year the agency has faced the challenge of a reorganization accompanying Vaz’s arrival, as it retired the Razorfish brand in the wake of its absorption into Publicis Sapient.