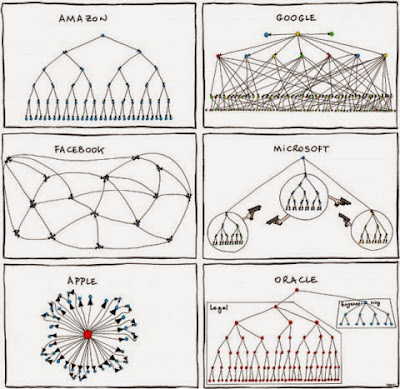 Advertising Age reported how Publicis Groupe CEO Maurice Lévy is indeed destroying digital, as a new layer of management is being created to run Razorfish Global, the mess spawned by blending Razorfish and Rosetta. First of all, the Razorfish-Rosetta duet is the Milli Vanilli of digital—a talentless combination of mediocrity and meh. Has an additional layer of management ever improved any organization? Oh, and the fresh layer will ultimately fold under the upcoming Publicis.Sapient Digital Death Star. Lévy gushed, “Razorfish Global brings together world-class talent…” World-ass talent is a more accurate descriptor. Sure, Lévy has expressed a dream to “develop something new, strong, different.” Is different good if it’s essentially a disaster?

Publicis Creates Another Layer of Management

Publicis Groupe’s new Razorfish Global network announced a new leadership team consisting of a mix of top talent from both Rosetta and Razorfish.

The news follows an announcement in September that the CEO of smaller digital shop Rosetta, Tom Adamski, would take over as global CEO of a newly created Razorfish Global network combining the two digital shops. Soon after, Ad Age reported that Razorfish’s global CEO Pete Stein would step down at the end of the year.

“We are in the midst of a massive evolution in the way brands interact with their customers,” said Publicis Groupe CEO Maurice Levy in a statement. “Razorfish Global brings together world-class talent in business process consulting, change management, intelligent design, commerce and data, all underpinned with a significantly increased technology capability.”

The move to promote senior execs from Razofish and Rosetta creates a new layer of leadership, rather than consolidating the leaders of both shops. For senior talent not mentioned in this latest announcement, not much will change as they continue to serve their individual agencies, according to a person familiar with the matter.

Mr. Adamski creates this new layer of top talent as parent company Publicis Groupe also adds a new network and leadership layer above the Razorfish Global network. The holding company this week announced its plan to acquire Sapient for $3.7 billion in an all-cash deal that would create a new network called Publicis.Sapient. Razorfish Global and DigitasLBi would become part of that network, and the agencies’ CEOs, including Mr. Adamski would report into Sapient CEO Alan Herrick, said Publicis Groupe CEO Maurice Levy this week.