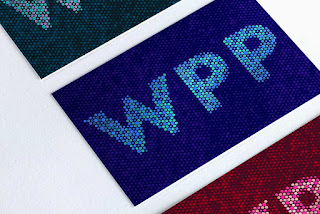 Campaign reported that WPP will end the temporary pay cuts imposed on roughly 3,000 top executives in response to the COVID-19 crisis. All the worker bees released as a result of the coronavirus-related revenue problems will remain unemployed. Hell, there’s still more downsizing required to execute the grand transformation plan hatched in 2019. But at least the overpaid in the ranks will be overcompensated. Think of it all as a political procurement pandemic.

About 3,000 executives took pay reductions of up to 20% for three months.

WPP is to end voluntary salary sacrifice for about 3,000 of its senior agency executives after three months.

The agency giant announced temporary salary reductions of between 10% and 20% at the end of March “to protect profitability, where possible, from a decline in revenue” because of the coronavirus crisis.

Different WPP agencies implemented the pay cuts at various points during April and the reductions are due to be phased out across July, depending on when each agency first introduced them.

It is understood that a decision on whether to end salary reductions for board members, including Mark Read, WPP chief executive, is still under review.

A WPP spokesman declined to comment. However, a person with knowledge of WPP’s thinking said the company felt staff had worked hard during lockdown and “gone the extra mile” to help with cost reductions, and now deserved respite.

“Over 3,000 people with salaries above certain levels” agreed “to give up 10-20% of their salary for an initial three-month period”, the company said in April.

WPP: no decision yet on ending salary reductions for board executives

"While we continue to protect our people as much as possible from redundancy, as well as ensure our ability to serve clients and grow when markets recover, we have had to reduce headcount in certain areas," WPP said at the time.

The group's move to end the pay cuts after only three months will send a signal that the worst of the crisis is easing and could reassure talent.

Most agency groups have introduced some form of salary sacrifice, often in return for shorter working hours, for higher-earning executives.

John Wren, chairman and chief executive of Omnicom, announced in April that senior executives would give up one-third of salary and he waived 100% of his pay until September.

Arthur Sadoun, chief executive and chairman of Publicis Groupe, has taken a 30% salary cut and other top executives accepted 20% reductions for the second and third quarters.