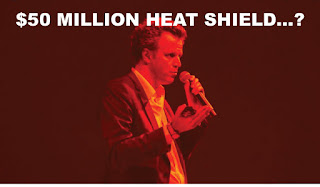 Advertising Age reported Publicis Groupe Chairman and CEO Arthur Sadoun addressed the White holding company’s true—and truly pathetic—U.S. diversity data exposed via a leaked memo. Additionally, Sadoun announced seven action plans for progress and pledged $50 million over three years to fund diversity, inclusion and social justice activities. Videotaping the presentation with Maurice Levy would have been more appropriate—two Old White Guys without a single cultural clue between them. In case anyone views the $50 million figure as generous, it might help to put things into perspective. To gain digital credibility, for example, Publicis Groupe spent $3.7 billion on Sapient, probably recording the acquisition of India-based employees as a diversity coup. To build AI doodad Marcel, Publicis Groupe allegedly coughed up $30 million. Somebody should demand a line item invoice to show how the money will be allocated—for starters, how will contributing to “social justice” initiatives actually improve minority representation in the company’s offices? Does the $50 million essentially constitute the Chief Diversity Officer’s 3-year operating budget? Please display the diversity vs. divertsity breakdowns. Sorry, there are millions of questions to answer with this latest PR stunt.

Publicis Groupe CEO-Chairman Arthur Sadoun released the French holding company’s diversity makeup for the U.S. in a leaked internal memo on Wednesday, “despite French privacy laws, which ban under penalty of sanctions the collection and use of ethnicity data.” In the memo, Sadoun also said Publicis would be committing 45 million euros ($50 million) over three years on diversity, inclusion and social justice efforts.

“We have worked hard over the last two weeks on a process to properly disclose data for our U.S. workforce,” Sadoun said in the memo, noting that the following figures “includes close to 21,000 employees who self-reported their ethnicity.”

Sadoun said in the memo that the release of the data follows the company’s decision to close its doors on June 17 “to listen, learn and ideate ways in which we can move the diversity and inclusion mandate at Publicis forward.”

“Our collective effort has led to more than 7,300 contributions, which shows your incredible commitment and engagement to create the foundation for structural changes,” Sadoun wrote. “During this time, we also took a hard look at ourselves—our DEI strategies, processes, programs, leaders and culture. We analyzed why we have seen little progress on the diversity front despite our many initiatives with significant financial support.”

He continued, “What has become clear is that too many initiatives and disparate efforts without focus does not drive the necessary impact to truly change things. That is why today we deliberately want to take fewer but stronger actions with on-going measurement and accountability.”

Sadoun then revealed the seven actions Publicis will take to “drive diversity and inclusion in all its forms, across all minorities and identities”—the first step being to publish and monitor the company’s diversity data.

“Going forward, we are committed to measuring progress and releasing our data every year,” Sadoun wrote. “This means we want to improve the accuracy and completeness of our data, so we will be encouraging the employees who have not yet self-reported their ethnicity to do so in the near future.”

Second, Sadoun said Publicis will take “intentional” action to cultivate the careers of Black talent. “Through structured career development programs, mentorship and personalized coaching, we will invest in individual growth, career progression, and create clear pathways to leadership for Black talent,” he wrote in the memo.

Sadoun said the company will, third, be scaling and aggregating “current and new partnerships across historically Black colleges, local community schools and specific organizations” to “provide greater access for Black talent,” as well as taking steps to ensure leaders are “screening, interviewing and hiring with inclusion and diversity in mind.”

Fourth, Sadoun said Publicis will require all employees to undergo a three-track diversity and inclusion training program, expected to be available to all agencies by January 2021.

Fifth, Sadoun said Publicis would be investing $50 million over the next three years on diversity, inclusion and social justice efforts. He said, “In addition to our existing programs, it will fund our commitment to training our Black talent, allies and leaders. More specifically, this will fund the new training programs, extend proprietary programs such as MCTP, subsidize critical partnerships, pipeline and apprenticeship development and support our relationships with NGOs and institutions fighting against racism and inequalities,” according to the memo.

Sadoun said the sixth action will entail launching a new virtual apprenticeship on its AI platform Marcel, “that serves minority youth who typically do not have access or exposure to our industry.” He said the program will include guides, online lessons, live workshops, networking, mentoring and job opportunities. “In its first year, the Marcel Apprenticeship will target and be pushed to 1,000 young people in the U.K. and the U.S., with a commitment to hire 50 people each year,” Sadoun committed.

Finally, Sadoun said Publicis will establish a diversity progress council to “measure progress and evaluate our actions on an on-going basis.” He said the council will be comprised of Publicis Groupe members, key clients and academic and youth representatives; the first meeting will be held in September.

“I am conscious that these actions represent only the first step in a long journey, but you can count on my full commitment to implement them with all of you and create a truly diverse environment that we can all be proud of,” Sadoun concluded.

Publicis joins holding companies Dentsu Aegis Network and Interpublic Group of Cos. in releasing its diversity makeup in the U.S.

WPP, for its part, recently announced its commitment to taking “decisive action on each of the 12 points in the ‘Call for Change’” open letter by Nathan Young, a group strategy director at Minneapolis agency Periscope, and Bennett D. Bennett, who runs independent consultancy Aerialist. What began as an open letter calling for agencies to take specific, measurable actions to achieve true equity for people of color in the industry has evolved into an official nonprofit organization, called 600 & Rising and backed by the 4As, with the mission of holding the ad industry accountable over racial equality.

WPP also announced an investment of $30 million over the next three years to fund inclusion programs within the holding company and support external organizations fighting racism.